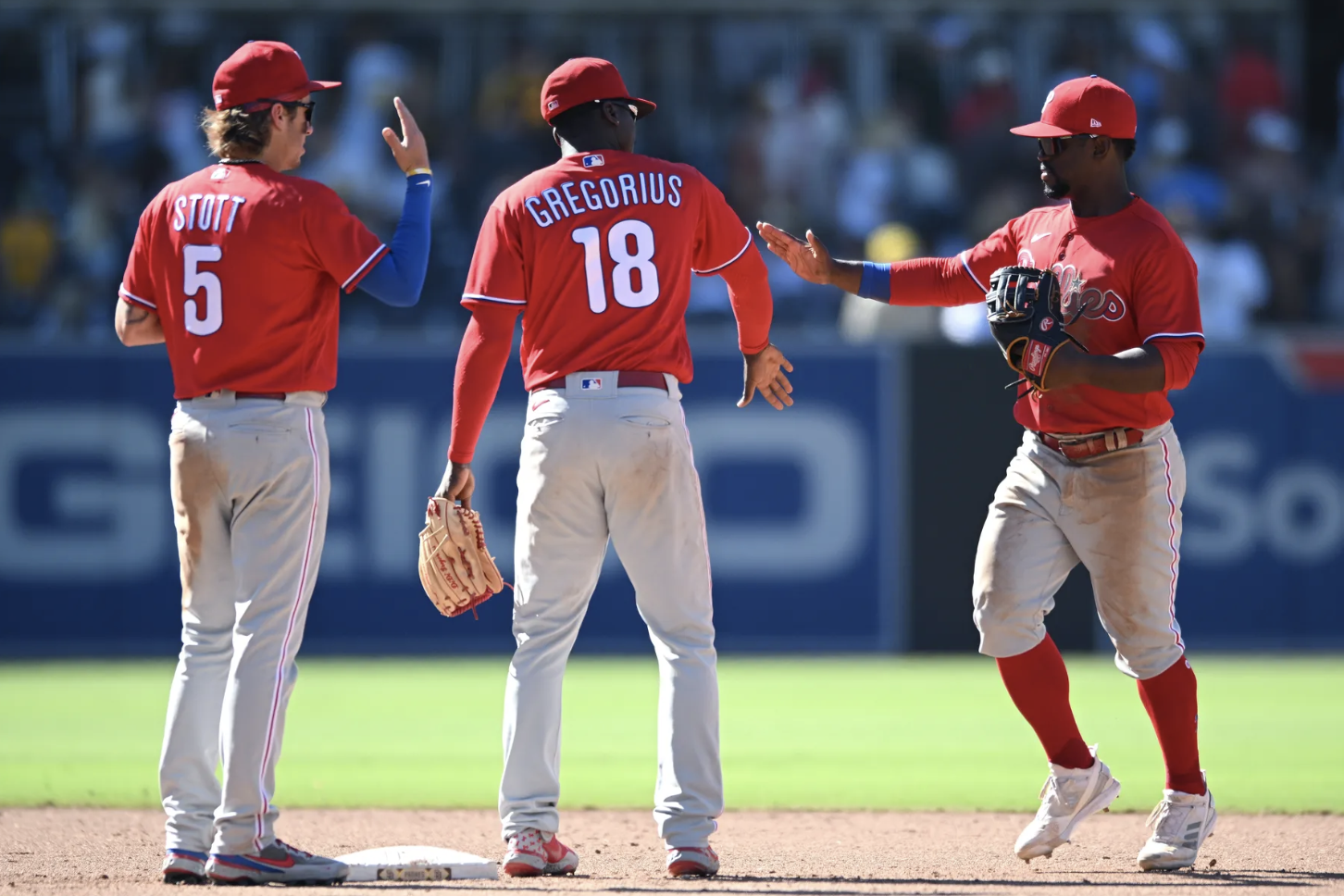 It is Talking Head Tuesday on The Farzy Show with Marc Farzetta, featuring the clutch backup catcher for the Philadelphia Phillies, Garrett Stubbs. The Phightins will face the Atlanta Braves in a three-game divisional matchup followed by another set against the St. Louis Cardinals. Both opponents are ahead of the Phillies in the NL Wild Card standings. So, the Phils’ homestand is critical, now without reigning NL MVP Bryce Harper needing surgery and out for the foreseeable future.

At the top, Marc lays out the Phillies’ matchups against Atlanta. Game 1: Wheeler vs. Morton, Game 2: Suarez vs. Wright, and Game 3: Nola vs. Anderson. The Phils are 8 GB the Mets in the division and 3 GB Atlanta sitting in Third place. On the Wild Card side, the Phillies are 2 GB for the third WC spot behind San Francisco and St. Louis. The tumultuous season has gotten a bit easier, but there is still room to get better and games to win. Also, Nick Castellanos is the most crucial variable in the proverbial Phillies formula for success.

Next, Farzy discusses the Kyrie Irving/Brooklyn Nets situation. According to Shams Charania, Irving opted-in to his $37 million option to complete his commitment to the Nets. The Lakers did kick the tires on possibly acquiring Kyrie and reuniting him with Lebron James but to no avail. On the contrary, the Lakers were not paying a “king’s ransom” for Kyrie, especially when they are financially constrained. Marc has never been more upset that Ben Simmons will not be alone in Brooklyn.

Furthermore, Farzetta focuses on the Sixers’ situation. With all the buzz around Bradley Beal, Zach LaVine, Kyrie Irving, and Kevin Durant, the Sixers are aiming their sights on PJ Tucker. The Sixers need to make sure any deal with Tucker does not exceed two years with a third-year option since he is already 37 years old. The best brand of basketball was the Jimmy Butler/Joel Embiid Sixers. Since then, the supporting cast around Embiid has been lackluster. All Philly wants to know is if the Sixers will make it through the playoffs? Eastern Conference Finals or bust.

Then, on the Rothman Orthopedics Guest Line, current Phillies Catcher Garrett Stubbs breaks down the Phillies season and the future with host Marc Farzetta. Click here to read all about it!

Finally, the Steak & Main sponsors the chat check on Social Media, answering all the fans’ comments and concerns about Philly sports. Marc detects some optimism from the fans in the chat. The chat discusses the Kyrie opt-in and his philosophical take on rejoining the Nets. Without a doubt, everyone in the chat check loves Garrett Stubbs! Marc and the chat mention fast food and the lack of Checkers nowadays.

On the Morning Rush, brought to you by Sky Motor Cars, the Phillies are home playing the Braves at 7:05 PM at the Bank. Zack Wheeler will get the ball against Charlie Morton in Game 1 of this litmus test without Harper. Overall, the Phils need to snag the first game and gain ground.