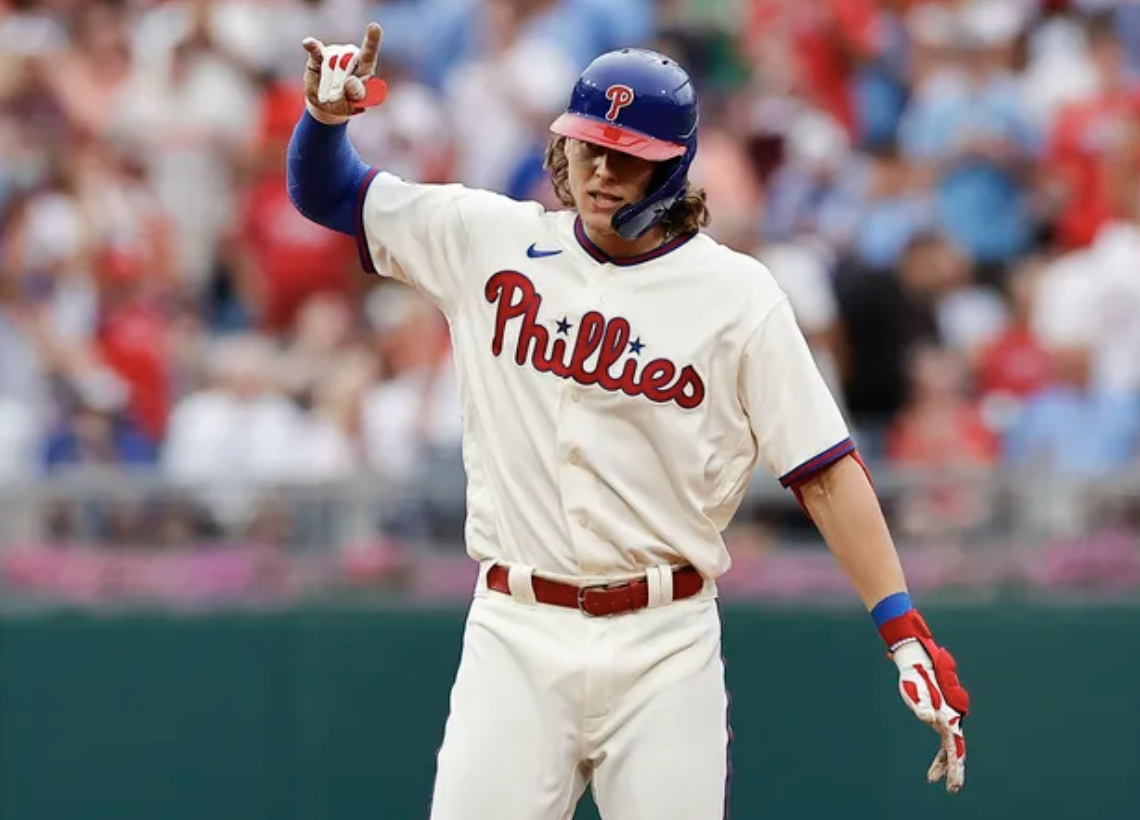 It is another Thankful Thursday here in the City of Brotherly Love! Welcome to The Farzy Show with Marc Farzetta, brought to you by Destination Retirement streaming live from the Steven Singer Studios. Inside the Birds’ Geoff Mosher features insight into the great things happening at Eagles Training Camp. The Phillies beat the Braves 7-2 in the finale of their three-game set. Alec Bohm continues his hitting streak to propel the Phillies within striking distance of the Wild Card. The Sounds of Darius Slay echo throughout the studio as the show begins on a high note!

Starting off, Marc dives into the Eagles, specifically Nick Sirianni and his Jalen Hurts t-shirt. Wearing this shirt is sending a message that Hurts is the Eagles QB. Then, Howie Roseman says he is never satisfied with the roster he has assembled; he will always be looking for a deal to make the Eagles better. What to do with Jalen Reagor? The former first-rounder has performed terribly over his few years in the league, and hopefully, the Birds’ front office will deal with him accordingly. Jalen Hurts is excited to have the consistency of offense and coaching for the first time since he was in high school.

Moreover, Jalen Hurts addresses the media regarding the report that the Eagles are not all in on him. This report refers to the Derrick Gunn comments a few weeks back, which can be read here. In the end, Hurts shrugged off the comments and returned to work. Farzetta loves AJ Brown and all his support and love for this team. Also, Marc believes the Eagles will get at least 11 wins this season.

Next, Farzy discusses the series win against the Atlanta Braves and the electric bat of Alec Bohm. In July, Bohm is hitting .439 BA in the last two weeks .481 BA, and in the previous week, he is hitting .522 BA this week. After missing some time for personal issues, Kyle Gibson returned in a stellar outing, pitching six strong innings. Darick Hall, JT Realmuto, and Bryson Stott all got hits and continue to build up their great stats this month. Hopefully, the Phils can keep their foot on the proverbial gas.

Then, on the Rothman Orthopedics Guest Line, Inside the Birds co-host, Geoff Mosher returns to discuss the storylines coming into the 2022 NFL Season. Mosher discusses the differences between training camps in Lehigh Valley compared to Nova Care. Marc and Geoff discuss Jalen Hurts and how his playmaking skills this year will dictate whether or not he returns as the Eagles’ starting QB in 2023. There will be a lot of position battles, most notably the slot WR and Right Guard. Not knowing what will happen with Jalen Reagor, could he fill the slot WR, or will Roseman trade him?

Furthermore, Mosher and Farzetta agree that the Eagles’ sore spot is safety, but they have the best 53-man roster in the NFC East. Geoff believes that Howie will not get the safety and will most likely get power back to reinforce Gainwell and Sanders. Only time will tell if the Birds on paper will perform up to their projection.

Finally, Steak & Main sponsors the chat check on Social Media, answering all the fans’ comments and concerns about Philly sports. The fans comment on the Sirianni t-shirt press conference and Mosher wanting to wear Adam Caplan lingerie. Farzy talks about Schefter, and the fans talk about the different Jersey shore beaches. The chat check reminisces of “senior week” down the shore.

Last but not least, on the Morning Rush, brought to you by Sky Motor Cars, James Harden and the Sixers signed the discount deal to improve the team. The Phillies will be facing off against the Pittsburgh Pirates at PNC Park. Zack Wheeler will face off against Zach Thomson at 7:05 PM. Farzy will be down the shore tomorrow, but an exclusive interview with former Phillie Dominic Brown joins the show.