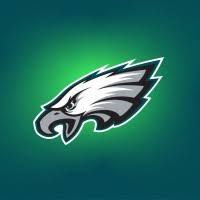 T.G.I.F.! Thank God for its Farzy! A lot has happened since Farzy last signed off yesterday! He is about to head out to Colorado but was not about to leave without a show!

In a blockbuster trade, the Washington Wizards gave up superstar Russell Westbrook to the Los Angeles Lakers, where Westbrook will join Lebron James and Anthony Davis in hopes for a ring come next spring.

On the Sixers front, they received Tennessee guard Jaden Springer (28th), former Gonzaga center Filip Petrusev (50th), and 6-10 center from Western Kentucky Charles Bassey (53rd). The important thing is Ben Simmons is still a Sixer, for now. The top three teams for Simmons as of late are the Miami Heat, Washington Wizards, and the Toronto Raptors.

The Eagles are looking better each day as they were back at it, refining their skills and ironing out any rustiness heading into the preseason.

Following Wednesday’s postponement due to Covid cases on the Washington Nationals team, the Phillies split yesterday’s games 1-3 in the early afternoon before overcoming a 7-0 deficit to win in a staggering extra-inning 11-8. They are now 3.5 games out of first place in the NL East. Farzy warns, “They have to go on a nice winning streak now.” The Phillies will now take on Pennsylvania rivals the Pittsburgh Pirates tonight. The trade deadline is today at 4 P.M. ET.

On the Rothman Orthopaedics Guest Line, Farzy welcomes in NBC Sports Philadelphia Dave Zangaro, who discusses day three of the Eagles training camp. With regards to Devante Smith, who had a shaky opening couple of days, things are now looking better. “There is no question he is talented. It is fun to watch,” an excited Zangaro comments. Go check out Dave on the Eagle Eye Podcast and read his latest article on Why Nick Sirianni showed Eagles video of Kobe Bryant failing.

On the Morning Rush Segment, brought to you by Sky Motor Cars, Farzy catches up on Lane Johnson and his brutal workouts as he commends Jalen Hurts for his work ethic.