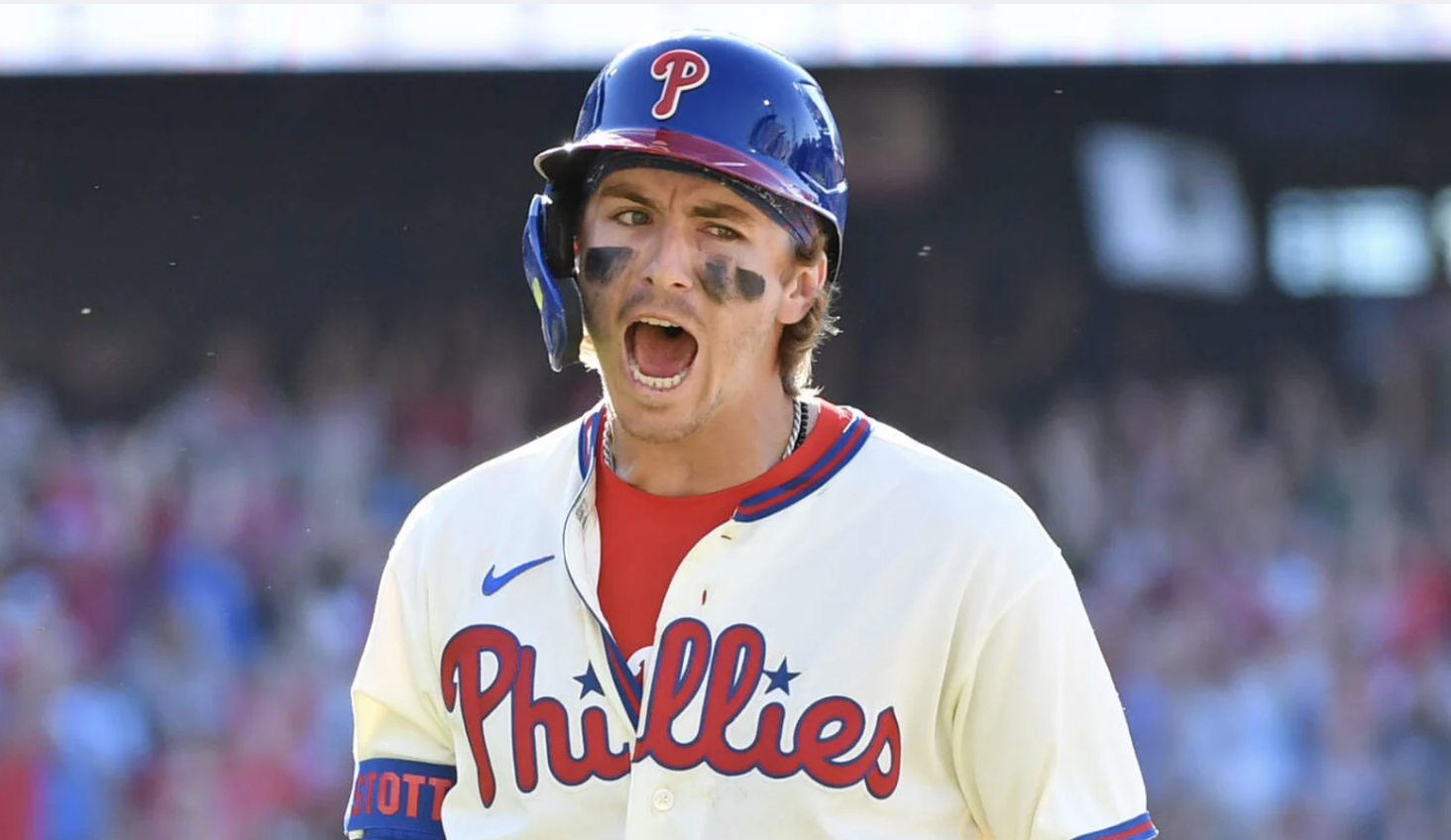 It is Talking Heads Tuesday on The Farzy Show with Marc Farzetta. Today’s guest is NBC Sports Philadelphia’s Reuben Frank discussing all things Eagles for the start of training camp. Eagles training camp will be full of stories and angles for Birds fans to debate. Frank highlights his expectations in his most recent article. Keep watching and subscribing to The Farzy Show for all things Philadelphia Sports!

Next, Marc thanks the baseball gods for the come-from-behind-win by the Phillies against the Atlanta Braves last night. Bryson Stott had a five-RBI night, leading the Phightins back against the Bravos. Most notably, the three-run shot that gave them the lead and the eventual win of game one of the series. Also, Stott had a two-run double off of a ball hit up the first baseline that skittered in the opposite direction on a whacky hop. Moreover, Stott’s approach at the plate was identical to that of Bryce Harper. Camargo and Hoskins made many boneheaded plays during this game, but with one swing, the weight on the phans shoulders alleviated.

Furthermore, Bryson Stott has hit over .300 for his last seven games! Stott has proven he is the future of the Phillies infield and the struggling Didi Gregorius is on his way out the door. Farzy mentions his joy towards Castellanos and Realmuto getting a couple of hits and trending in the right direction. If Segura and Harper return sometime in August, then the Phillies will be in a much better situation for September and possibly October.

Then, on the Rothman Orthopedics Guest Line, NBC Sports Philadelphia Eagles correspondent Reuben Frank discusses Eagles training camp. First and foremost, Farzetta and Frank determine who is more likely to still be with the Eagles by Week 1? Dillard or Reagor? Then they twosome gets into the Birds’ Offensive Line. Reuben Frank believes Reagor cannot perform at the level the Eagles need him to, and he does not fit the scheme of the organization. With the addition of Brown, Jalen Hurts can reach at least 65% completion and get everything he can out of his potential.

Moreover, Frank and Farzy think Hurts is competing against all the upcoming QB class in next year’s draft. After this season, Hurts will have played himself into a negotiation position. Marc and Reuben talk about the change of the scheme from throwing to running. On the defensive side, Jonathan Gannon will be able to show his worth this season with great players now. In conclusion, Frank and Farzetta discuss Devon Allen making the team and the controversial false start at WAC.

Finally, Steak & Main sponsors the chat check on Social Media, answering all the fans’ comments and concerns about Philly sports. The chat is over the moon with the Stott 5-RBI game. Everyone is hype for the Eagles training camp and, inevitably, the upcoming season. The fans and Farzy do not believe in Reagor, and he will most likely be off the roster.

Last but not least, on the Morning Rush, brought to you by Sky Motor Cars, the Phillies will be back against the Bravos tonight at 7:05 PM. Aaron Nola gets his first start since before the All-Star break against Spencer Strider. On the other hand, the Cards are facing the Blue Jays, so hopefully, they will struggle north of the border tonight. Overall, let’s hope the Phillies can lock down the series win tonight.