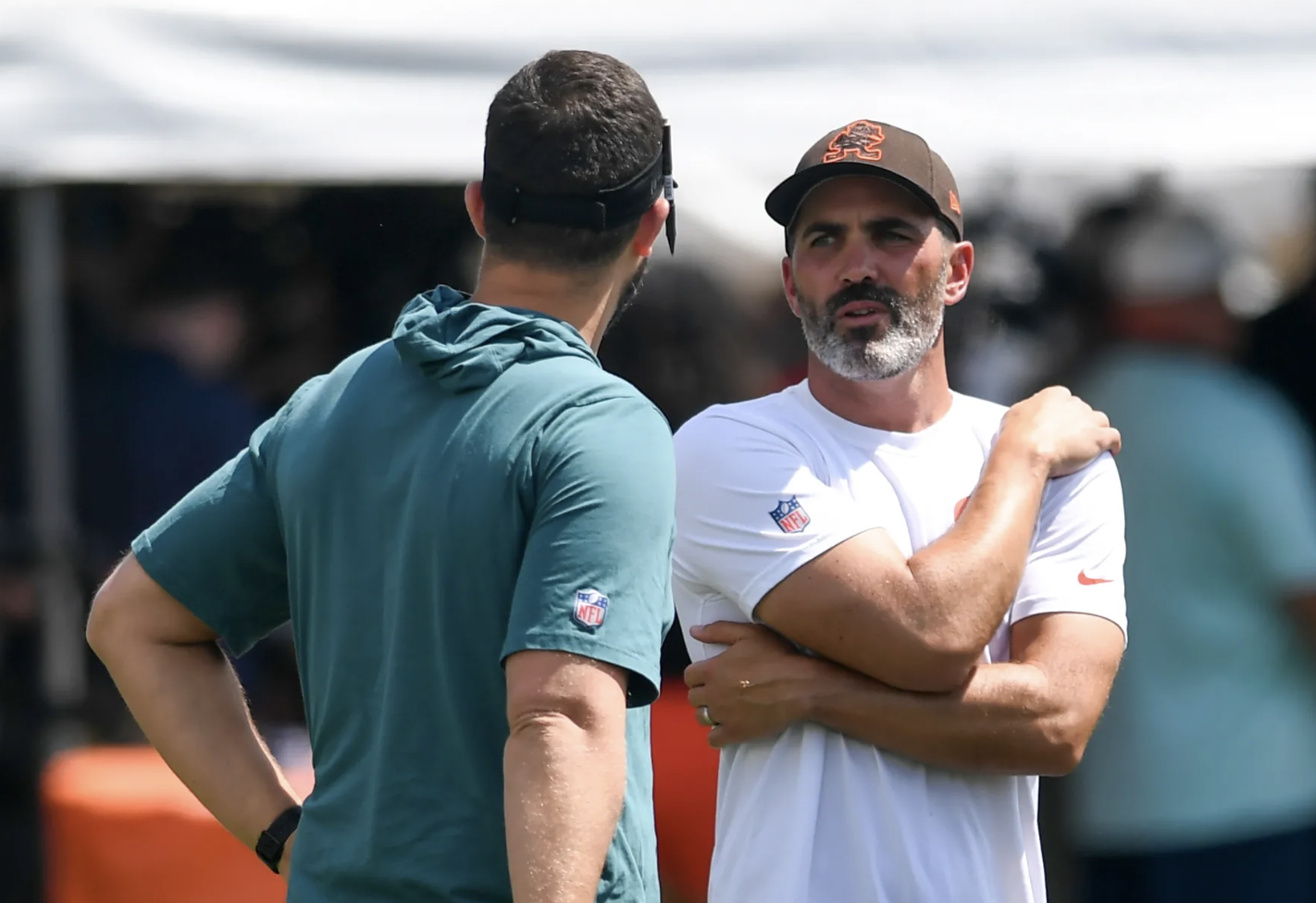 TGIF! The Farzy Show with Marc Farzetta has Natalie Egenolf discussing the Deshaun Watson situation and the NFL. Watson’s final verdict: 11-game suspension, $5 million fine, and mandatory counseling. The Eagles are in Cleveland for a joint practice and preseason game. Jalen Hurts had a great practice. Also, DC Jonathan Gannon reveals how he wants to utilize Haasan Reddick. The Phillies start a huge four-game home series against the Mets at Citizens Bank Park.

First and foremost, Marc discusses the Eagles. The media have reported that Jalen Hurts has done well at practice. Everyone in Philadelphia loves a great defense, and the Birds need to show that they can force turnovers. Gannon loves Reddick’s brilliant mind and what he has to offer for the defense. The Eagles will kick off practice again today. Also, they have a preseason game against the Browns at 1 PM this Sunday.

Next, the Deshaun Watson verdict is in, and not everyone is pleased. Farzy stresses how Watson has something seriously wrong with him. On the other hand, the punishment is par for the course for the NFL. Playing in the NFL should be a privilege, not a right. According to Roger Goodell, the shield’s integrity is essential to him. Too many players did horrible things and have not been kicked out of the league. Marc believes that to hold the shield accountable, the NFL has to kick people out of the league. This means that 1-year suspensions should be minimal. Fans are shocked at how quickly this came to fruition.

Then, on the Rothman Orthopedics Guest Line, Natalie Egenolf discusses the NFL’s overall punishment of Deshaun Watson. Egenolf shows a lithograph of Frank Sinatra that was bequeathed to her. Coincidentally, Farzetta also has a lithograph of the Sultan of Swoon. Natalie highlights the Ray Rice Incident from 2014. She discussed how the NFL stepped up in handling violence by players. Egenolf does not like that people are still trying to rationalize a non-violent sexual crime and determine a proper punishment.

Furthermore, Farzy and Egenolf discuss how blatant Watson’s actions toward these women are disgusting. Natalie hopes the NFL would hold itself to a higher standard, but they do not. Farzetta and Egenolf discuss the other Philly sports, especially the Phillies. She admits to feeling Philly Sports anxiety about any player’s injury. Also, Natalie feels the 23 nationally televised games mean nothing but expressing her excitement for the upcoming season.

Moreover, BlueChew sponsors the chat check on Social Media, answering all the fans’ comments and concerns about Philly sports. The fans hope the Mets play terribly. Then the chat wishes that the Eagles will blitz the NFC East opponents. Also, the chat discusses the NFL and the Watson situation.

Finally, on the Morning Rush by Sky Motor Cars, the Eagles continue to practice with the Browns. Jalen Hurts and the Birds won the practice yesterday. The Phillies are underway with the New York Mets at 7:05 PM at CBP. Aaron Nola will be on the mound against the Metropolitans’ Chris Bassitt. With Marsh on the IL, Matt Vierling will take over in the outfield and the new waiver claim outfielder Bradley Zimmer. Let’s hope the Phils can get this proverbial monkey off their backs.