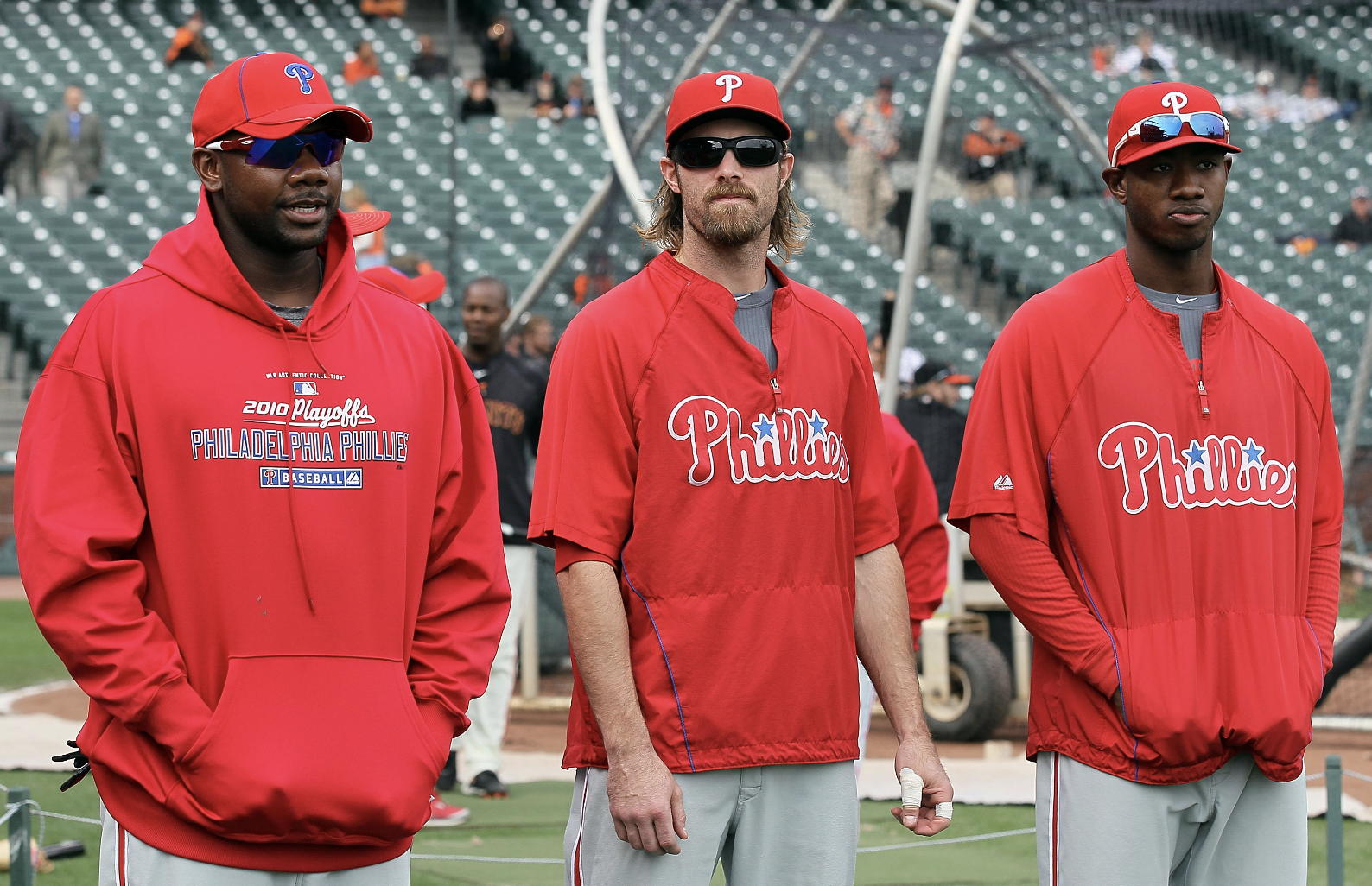 TGIF! Welcome to The Farzy Show with Marc Farzetta, presented by Destination Retirement and streamed live in the Steven Singer Studios. Today’s feature interview is former Phillies All-Star Left Fielder Dominic Brown. The Phightin’s offense returned for the 101st time this season. They scored eight runs against the Pittsburgh Pirates in their four-game series against the Buccos. Unfortunately, the Phillies bullpen made a mockery of the excellent pitching performance by Zack Wheeler. Ye olde Jeurys Familia strikes again to give up five runs to the Pirates. In the end, Seranthony Dominguez thankfully saved for an 8-7 victory.

Then, on the Rothman Orthopedics Guest Line, former Philadelphia Phillies All-Star Dominic Brown joins the show. He discusses Tri-State Arsenal Baseball Program, his career, and the current Phillies. Brown discusses the great people helping out, including the Phillies. Dominic tells an anecdote about Charlie Manuel saying he would trade the whole team for Giancarlo Stanton. Overall, He speaks of all the great coaches that supported him during the All-Star run that catapulted him to one of the hottest players in the game for a time. Furthermore, Dominic Brown partially attributes his downfall to the departure of assistant hitting coach Wally Joyner.

Moreover, Dom talks about all the players that helped him and whom he looked up to along the way, like Jimmy Rollins, Chase Utley, and Ryan Howard. Farzy listens intently to Brown talking about building relationships in all aspects of the game. His biggest regret was not coordinating those relationships to help him perform on his own in the big leagues. Dom believes the young players must be proactive and speak up because the game is different. Philly loves their characters. The guys that speak their minds will always flourish.

Finally, Brown and Farzetta discuss the Phillies firing Girardi. Dom believes he would have benefitted from Girardi’s managerial style when he was in the league. Then, the pair discuss the Nick Castellanos/Jim Salisbury confrontation. Most notably, Brown thinks the more Castellanos speaks out, the more the media and fans will be at ease. In Brown’s opinion, his communication skills and lack of analytics hurt his career in the long run.

The Phillies will be back again tonight at 7:05 PM for Game 2. Bailey Falter will take the mound for the Phils against the Buccos’ Jose Quintana.