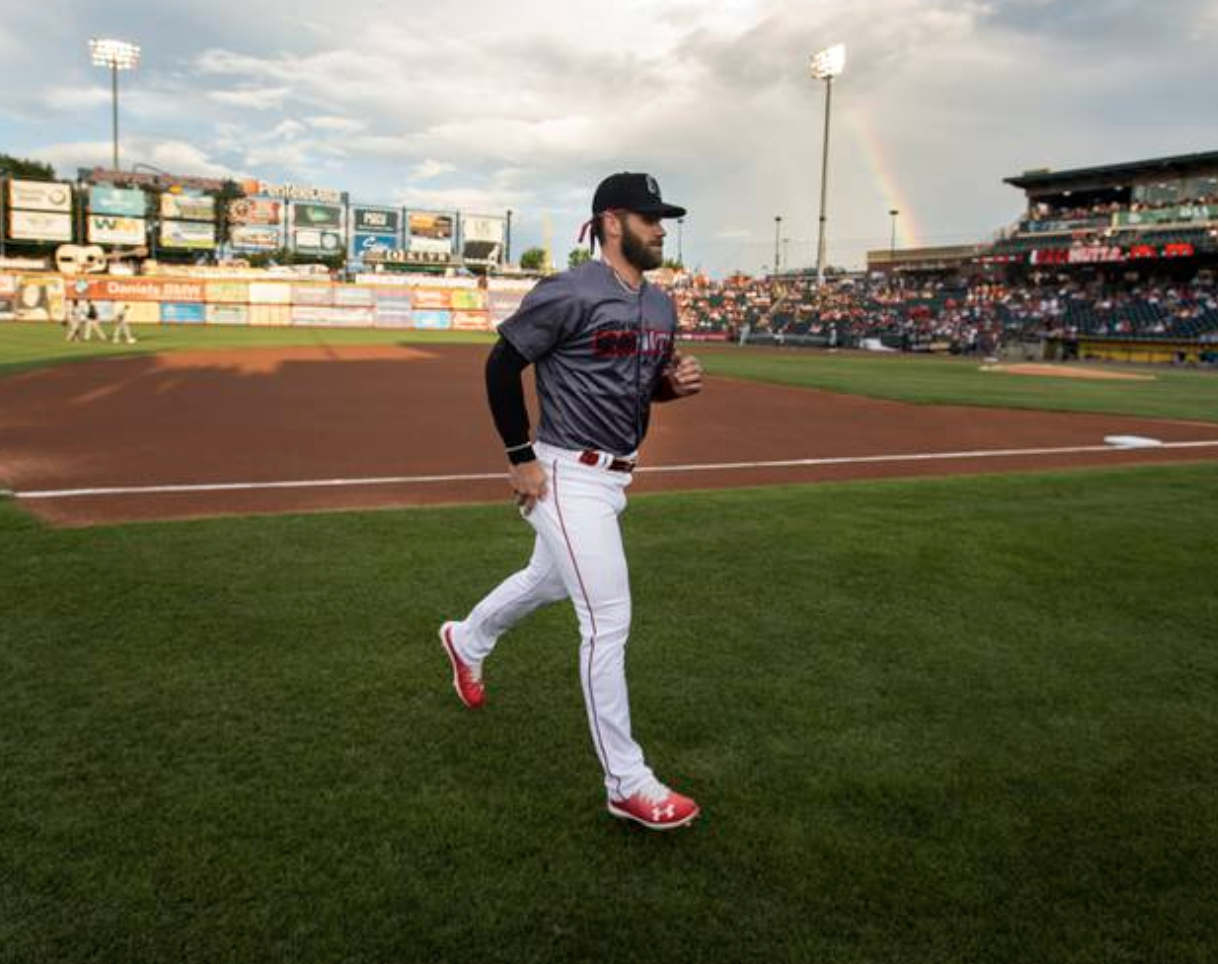 It’s Hump Day! Happy Wednesday, Sports Phans! Welcome back to The Farzy Show with Marc Farzetta. Today’s Guest: Michael Ventola, Head of Media Relations for the Lehigh Valley Iron Pigs, will discuss Bryce Harper and the Phillies, sponsored by Rothman Orthopedics. The Phillies Walk-Off the Reds in Game 2 of this four-game series. Tyrese Maxey stays with the Sixers since Kevin Durant remains with the Brooklyn Nets. Also, Maxey joined NBC Sports Philadelphia during the Phillies game last night. All things and more on The Farzy Show brought to you by Steven Singer Jewelers.

First and foremost, Farzy discusses Bryce Harper’s Rehab Assignment, where he hit two home runs! He says that his thumb is around 85-90% healed. Bryce says he is going to take it one day at a time. Hopefully, he returns sooner rather than later. He will get his at-bats to return to The Show in time for the Phils to go on a run.

Furthermore, Marc keeps the conversation around baseball, specifically the Phillies. The Phightins beat the Reds 7-6 with a wild win. Ranger Suarez had a difficult time on the mound giving up three runs and only pitching to the fifth inning. Alec Bohm and JT Realmuto continue to keep the Phillies in games. Also, Nick Castellanos put the Phillies ahead with an RBI single. Unusually, Brad Hand gave up two runs in an inning for the first time in 39 appearances, which dates back to last season. Then, Segura walks, Stott Doubles, and Nick Maton walks it off for the Phils with an RBI single. The Phillies Daycare Strikes again!

Also, Rob Thomson was happy for all the young guys and the team stepping up against a good starting pitcher. He highlighted the 1.1 IP by rookie Michael Plassmeyer, who made his debut in a bases-loaded situation. Thomson says the guys always continue to Phight no matter what. Farzy agrees that whenever they do not face the Mets, the Phils will always be in it to win it.

Additionally, Tyrese Maxey makes an appearance on the Phillies broadcast. It was impressive to see how much Maxey has absorbed Philly sports and the fanbase as a whole. Maxey really has grown as an athlete and person in Philly. It is evident through his love of the Sixers and the craft of basketball. When Embiid hurt himself, Maxey took over offensively, putting up a lot of points to keep the Sixers in the hunt.

Then, on the Rothman Orthopedics Guest Line, Michael Ventola joins the show to discuss Harper’s rehab assignment to the Lehigh Valley Iron Muts. The Iron Pigs were dubbed Iron Muts as an ode to the pet adoption night they had at Coca-Cola Stadium. Ventola talks about Maton and Stott. He says Maton is super versatile on the field and works at-bats. Also, Stott is a hitting machine. Michael shares his impressions on Bryce Harper’s debut. Finally, Farzetta and Ventola discuss some up-and-coming Phillies prospects to look forward to in the future.

Moreover, BlueChew sponsors the chat check on Social Media, answering all the fans’ comments and concerns about Philly sports. Farzy praises the Phillie Phanatic and how integral he is to his childhood and the Phillies baseball experience. The chat talks a little bit about the new season of Hard Knocks starring the Detroit Lions. The chat loves what Harper did in his rehab debut and cannot wait for his return to Philadelphia.

Finally, on the Morning Rush by Sky Motor Cars, Farzetta discuss the five cuts by the Eagles, who all are UDFA. The Phillies will be back at 7:05 PM for Game 3 against the Reds. Christopher Sanchez will get the ball tonight against TJ Zeuch, who got tattooed by the Phils lineup last week. Hopefully, the Phillies can hit Zeuch again for six more runs. Also, Farzy tops off the show by talking about the KD debacle.