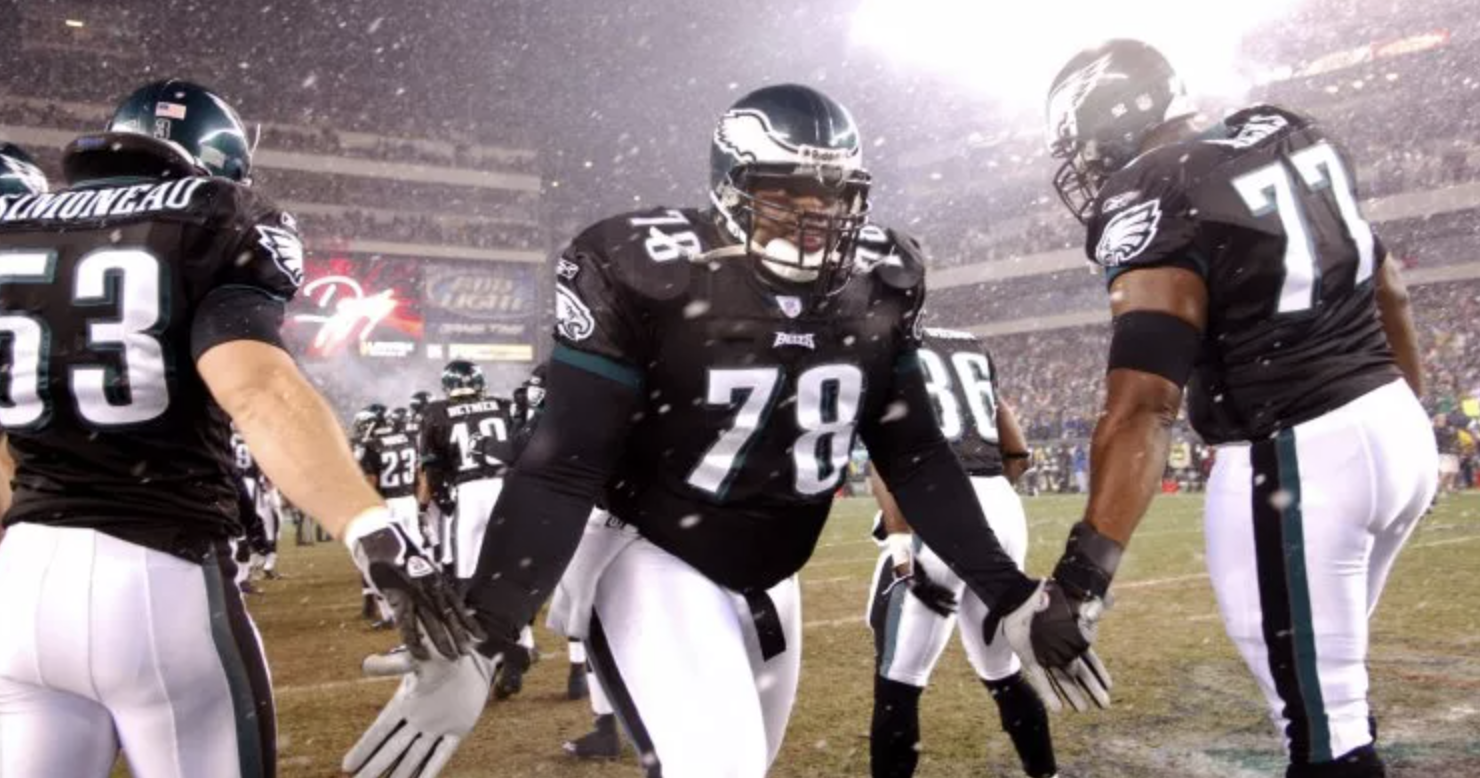 Today, a mixed bag of emotions fills Philly Sports fans on The Farzy Show with Marc Farzetta, joined by a friend of the show Hollis “Tank” Thomas, to talk all things Eagles Offseason. The Phillies lose the finale against the San Diego Padres with another shutout loss and an excellent starting pitching performance from Kyle Gibson.

Starting the show, Marc gets into the rumors that Cincinnati Bengals safety Jesse Bates III may be available through trade. Howie Roseman might be waiting in the wind. Hopefully, he is poised to pounce on this opportunity to fill the last positional need for the Eagles. Marc reflects on the Super Bowl-winning season, where the Eagles’ only concern was long-snapper when they ended preseason. Howie Roseman should get an award for best executive during the offseason if it were to exist.

Next, the Phillies lose the rubber match against the Swingin’ Friars. The Phillies had eight hits in the game and no runs. Kyle Gibson had a great game going 5.2 IP, 7 SO, and 2 ER while getting out of two jams. The Phils just could not put it together at the plate. The Padres shut out the Phils twice in this three-game set. The Phillies look to take on the Dodgers, who have won five in a row since losing the series to the Phillies.

The game’s highlight was not the game but what was happening in the stands. Liam, son of current Phillie Nick Castellanos, was given a ball by a nice man in a fedora. Then, Liam gave it to another kid, most likely because he could get all the memorabilia in the world from his dad. Additionally, Bryce Harper made a hat swap with a fan in the stands and autographed it.

Then, on the Rothman Orthopedic Guest Line, Marc Farzetta is joined by a friend of the show and former Eagle Hollis “Tank” Thomas to talk about the Birds. The former NFL player lays into the disappointing Philly Sports environment this city has been subject to this spring. Farzy talks Eagles draft picks with Thomas on the show. According to Hollis Thomas, the work ethic and motivation of Jordan Davis and Nakobe Dean will immediately impact the Birds. Also, Tank believes this team is young and hungry for NFL competitiveness. Hollis talks about the free-agent signings and how the Eagles’ Defense will be a top 10 defense in the league. Marc and Hollis talk about their radio days and how much they look forward to football season.

Finally, The Steak and Main sponsors the chat check on Social Media, answering all the fans’ comments and concerns about Philly sports. Marc wishes everyone a Happy Friday and talks Birds. The audience loves Tank’s takes and inside information about the upcoming Birds season—Marc reminiscences about Philly staple Finnegan’s Wake.

On the Morning Rush, brought to you by Sky Motor Cars, the Phillies start a three-game series with the Los Angeles Dodgers at home in a southpaw match-up with Ranger Suarez taking on Julio Urias tonight at 7:05 pm. The Celtics stormed back to win Game 2 of the ECF against the Miami Heat 127-102. Lastly, Howie Roseman, please get Jesse Bates III.