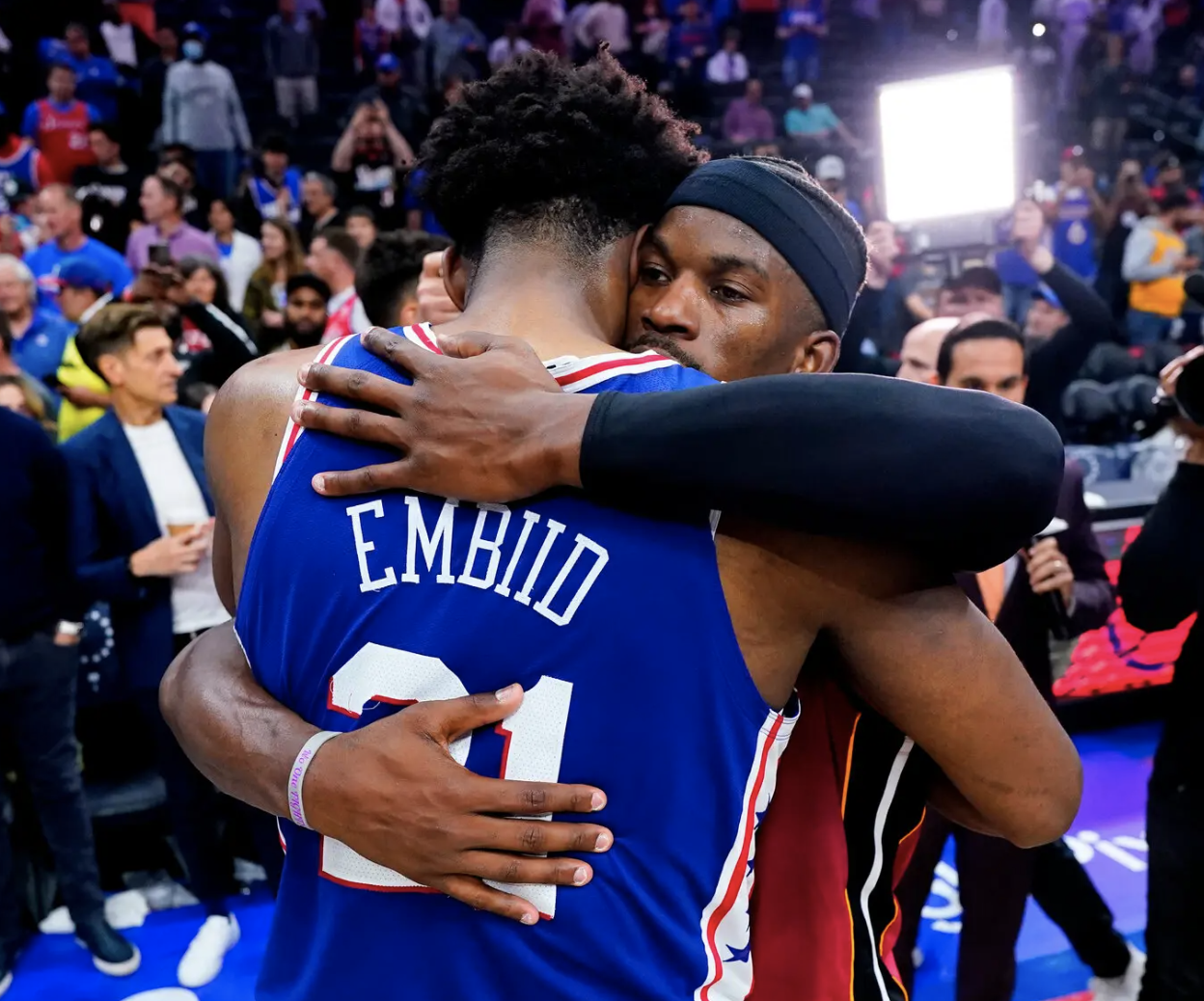 It is Friday the 13th, and there is some good and a lot of bad to discuss in the Philly Sports World. Today on The Farzy Show with Marc Farzetta, joined by Kevin Negandhi of ESPN, to discuss the collapse of the Sixers losing in Game 6 of the Eastern Conference Semifinals.

To start, Marc got into the gut-wrenching defeat of the Sixers in South Philadelphia last night. James Harden was a disgrace on the court and wants to accept his $47 million player option next year. The rest of the team did not back up Joel Embiid, and they ran out of steam. “The Process” has been nine years in the making, and Jimmy Butler killed it last night with the Miami Heat. Six GMs, multiple losing seasons, and not having Fultz and Simmons to not even make finals or conference finals appearance is an embarrassment.

Next, Farzy goes into the post-game of the Sixers Game 6 on the Rothman Orthopedic Lockerroom Report. James Harden seems to be alluding to Doc Rivers’ gameplay decisions about why he did not shoot more than twice in the second half. Doc Rivers is confident in his ability and his coaching style that he will keep his job for next year. However, judging from his players and the optics of the situation in Philadelphia, Doc Rivers will not be the coach next year. The answer to the Sixers coaching spot could already be in Philadelphia with Dan Burke or Sam Cassell. So the Sixers might not have to look too far. Farzy comments on Tobias Harris’s honesty about the lack of hustle and the missing energy.

Sixers fans will have to wait another season to see the so-called “Process” come fruition. Jimmy Butler had nothing but love for Joel Embiid, and it seems there were some sour feelings of Tobias Harris over him during free agency a couple of years ago.

Then, on the Rothman Orthopedic Guest Line, Marc Farzetta is joined by ESPN’s Kevin Negandhi for a postgame Sixers talk. Kevin and Marc relate their confusion about the Sixers’ performances during this season and in the playoffs. Negandhi reflects on how losing Danny Green, James Harden’s no-show, and the lack of flow the Sixers have not had for multiple seasons plays a role in their continued failures. Kevin Negandhi still believes in Daryl Morey as GM and that he won’t sit idly by this offseason. Morey will make moves to restructure the squad to win a championship, but it will depend on critical player roles, like James Harden becoming a full-on facilitator.

Negandhi and Farzetta concur that the Sixers’ prospects have been hit or miss. It will be interesting to see where the Sixers go from here. Kevin and Marc discuss the Eagles’ schedule and cornerback/safety needs for the Birds’ upcoming season.

Finally, The Steak and Main sponsors the chat check on Social Media, answering all the fans’ comments and concerns about Philly sports. The Sixers invested too much time, money, and effort in Ben Simmons, which crippled the process. Was “The Process” worth it or a success? Yes? No? Maybe? TBD? Farzy has the Eagles going 11-6 on the season, judging from the schedule release.

On the Morning Rush, brought to you by Sky Motor Cars, the Phillies took the first game against the LA Dodgers in Hollywood with a 9-7 win. They were winning the game 7-1 in the 6th inning before the bullpen blew another 7-1 lead. This time the Phils managed to eke out the win. The Phightins are back tonight at 10:10 pm EST with Kyle Gibson on the bump against Walker Buehler. Clayton Kershaw was injured today, so he will not be getting the start. It’s Baseball Season now, and the Phillies are the only bright spot from now on into the summer.