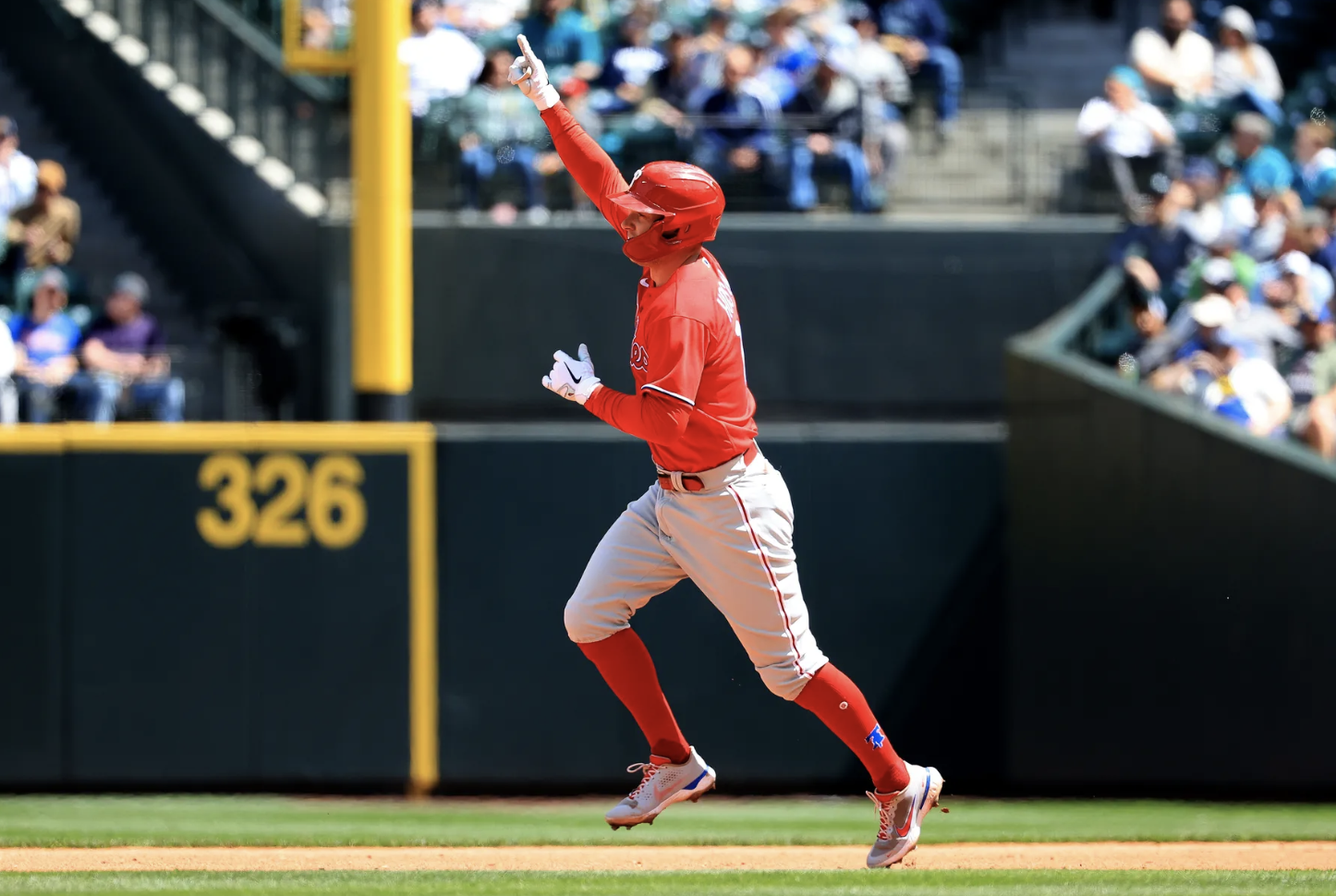 It is a Thankful Thursday, Philly Sports fans, because The Farzy Show with Marc Farzetta brings you all the good, the bad, and the ugly that Philadelphians love about this great sports city. Ky Carlin from USA Today Sports Sixers Wire joins The Farzy Show to talk about the Sixers and Game 6 of the Eastern Conference Semifinals.

To start the show, the Phillies won their first series since the sweep of the Colorado Rockies with a 4-2 win over the Seattle Mariners. Rhys Hoskins hit a grand slam on Logan Gilbert, who had not given up that many runs in his prior starts this season. Hoskins heating up is critical for the productivity of the lineup and the Phils trending over the .500 level. In their tough May schedule, the Phightins will be heading to Hollywood to face off against the Los Angeles Dodgers for a four-game set. The Phillies have one of if not the most demanding schedules playing the Dodgers, Padres, Atlanta, Mets, and Giants from now till June 5th.

Next, Farzy cannot help but talk Sixers Playoff basketball with a must-win Game 6 on the line. The home team has not lost in this series, and Doc Rivers’ confidence in the team rebounding from a terrible Game 5 looks high. Hopefully, the Sixers can force a Game 7 *shudders* of the Eastern Conference Semifinals, yet again for this franchise. The Sixers need their bench to back them up. Georges Niang, Shake Milton, Matisse Thybulle, and Paul Reed need to step up with threes and defense to back up the starting 5.

Then, on the Rothman Orthopedic Guest Line, Farzy is joined by Ky Carlin of USA Today’s Sixer Wire. Carlin gets into the pathetic performance by the Sixers in Game 5 and how they were low energy, and Miami got the jump on them. Joel Embiid looked dejected from losing the MVP award. The loss of the award did not invigorate Joel despite really wanting that award. Carlin does not get how these head-scratcher games keep happening to the Sixers with the amount of talent they have on the roster. Farzetta and Carlin consider the James Harden hamstring/age issue and how this has affected his performance. Carlin believes the Sixers will win Game 6 but not be able to close out Game 7. Farzetta is still hesitant for both games. Ky Carlin believes Doc is a great coach and deserves another year.

Finally, The Steak and Main sponsors the chat check on Social Media, answering all the fans’ comments and concerns about Philly sports. Marc talks about how Embiids’ presence on the floor affected the Heat, and that is evident. The facts are that the NBA voters were wrong, and Joel Embiid should be the MVP. Farzy feels that Philadelphia needs a Game 6 win for everyone’s sanity! Obviously, everyone wants a series win, and hopefully, that happens, but Game 6 is a must.

On the Morning Rush, brought to you by Sky Motor Cars, Farzy believes Joe Girardi is in the hot seat. Zack Wheeler returns for the Phils tonight at 10:10 pm against Tyler Anderson. The Sixers tip-off at 7 pm tonight against the Miami Heat in South Philly. Kevin Negandhi from ESPN will join the show tomorrow to break down Game 6, rain or shine and win or lose.