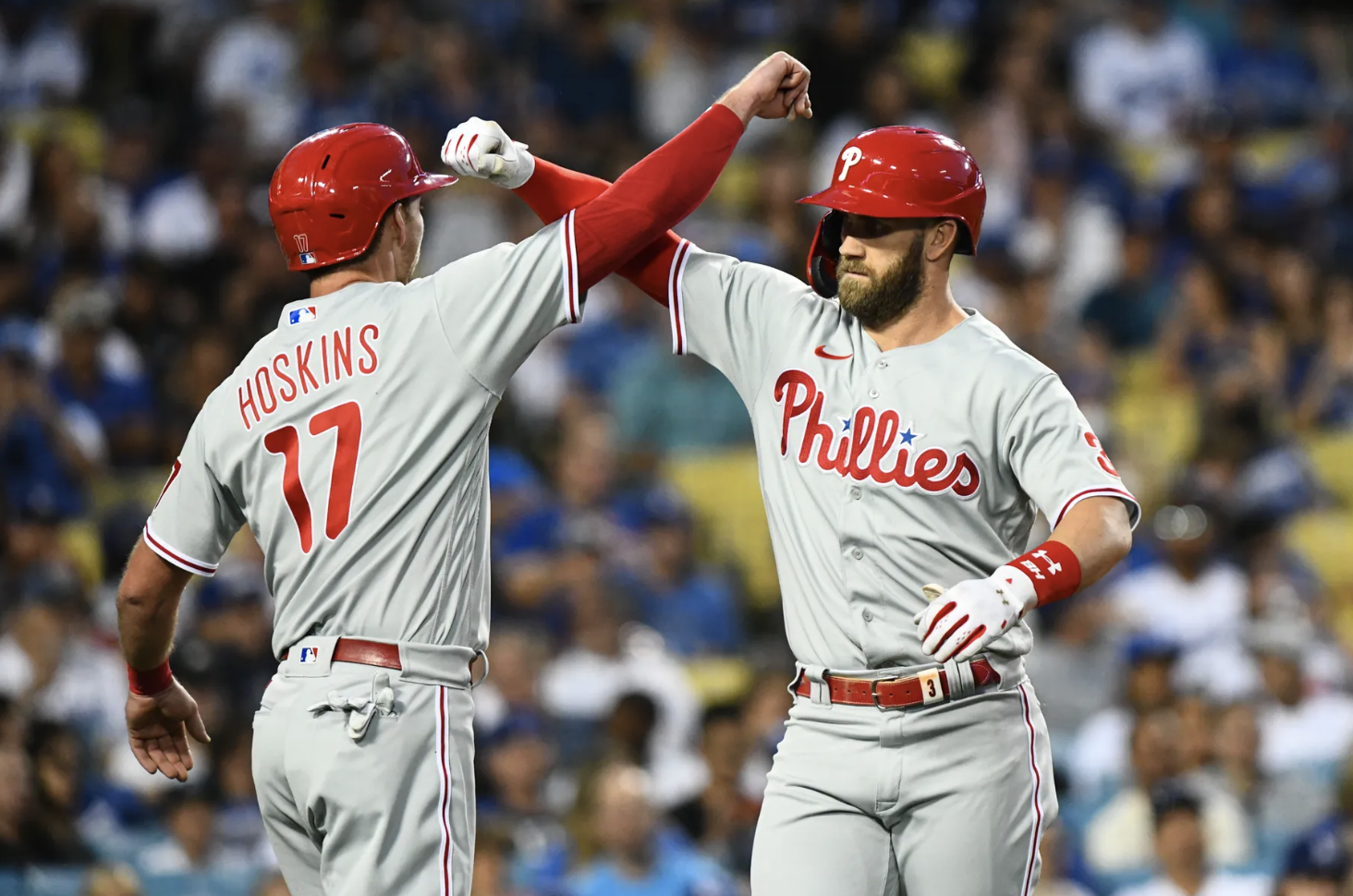 Another Monday arrives, and Marc Frazetta is back like he never left talking all things Philadelphia Sports on The Farzy Show, joined today by The Philadelphia Inquirer’s own Marcus Hayes to talk about his hot takes on the Sixers. Farzetta gets into the Phillies’ West Coast Flurry of Offense at the top of Today’s show.

Marc starts the show off talking about the Phightin’ Phils West Coast Road Trip. The Phillies went 5-2 against the Seattle Mariners and the Los Angeles Dodgers. The Phils took three games from the Dodgers at home. They almost got the four-game sweep if Corey Knebel remembered how to pitch in the bottom of the ninth with two outs. Bryce Harper wins NL Player of the Week Honors by hitting over .600 over the past seven games. Aaron Nola looked locked in and on point on the mound showing his greatness as an ace pitcher. The Phillies’ Odubel Herrera swung at a pitch between his legs? How does this team give Phans so much hope yet still leave a sour taste in the mouth?

Next, Farzy goes into the Sixers press conference talk from last Friday. Woj and others believe that firing Doc Rivers was never going to happen. Doc is going to remain in Philly, according to Daryl Morey. How will it work when some players do not agree with the head coach’s MO? The Sixers will need to remake their starting five and bench to move past the second round of the playoffs.

Then, on the Rothman Orthopedic Guest Line, Marc Farzetta is joined by Marcus Hayes of The Philadelphia Inquirer. Hayes discusses the growth of Joel Embiid and his toughness since becoming Arthur’s dad. He cites Shaq and Chuck’s judgment of Joel’s lack of toughness and readiness despite having a torn ligament and broken face. There will not be an asterisk next to Embiid’s playoff numbers. Embiid did not perform as well as he did during the regular season. Hayes believes that the leadership that Joel and the Sixers might be lacking is the professional aspect and the best player and making others around you better factor. Marcus thinks that Joel Embiid, James Harden, Tyrese Maxey, and Matisse Thybulle need to grow as players and change their game to maximize this Sixers squad.

Finally, The Steak and Main sponsors the chat check on Social Media, answering all the fans’ comments and concerns about Philly sports. Regardless, if a player plays hurt, Marc believes they are tough and deserve thought of as tough. Farzy talks a little Ozark in the chat and loves the show’s ending. Despite overpaying for him, Tobias Harris was the only consistent guy in the playoffs.