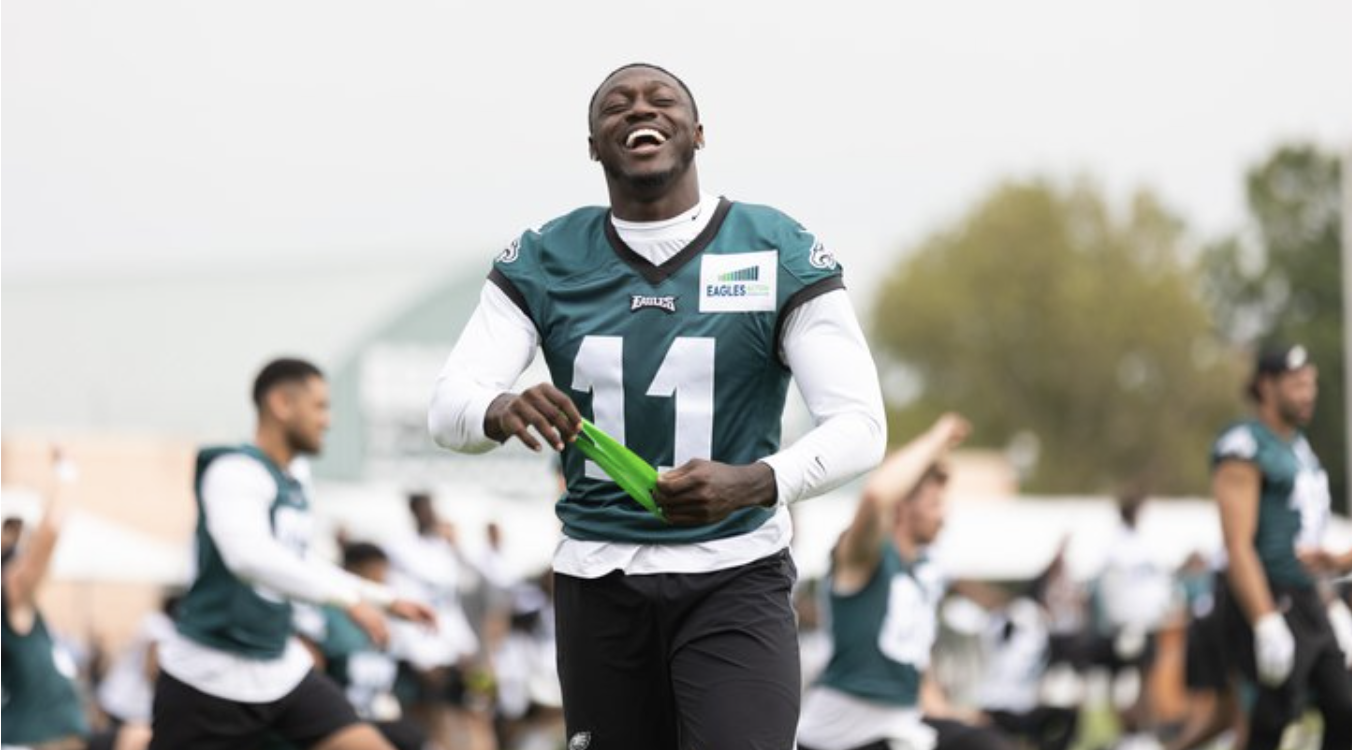 Welcome to Talking Heads Tuesday on The Farzy Show with Marc Farzetta. Episode Guest: EROCK from Section 225 discusses the Philadelphia Eagles. Today’s Big 3: KD Trade, Ben Simmons Proving us right, and Tyrese Maxey playing a charity game. The Phillies are about to start a series with the Marlins. Hopefully, the Phils filet the Fish!

First and foremost, Ben Simmons trends again on Twitter. Farzy reiterates how Philly fans went through the ringer for this guy, and he never developed. We, as Philadelphians, know what Simmons is like, and you cannot blame Philly fans. It is even more evident when Simmons supposedly left the Nets group chat before Game 4 of the NBA Playoffs. Kevin Durant is abandoning the proverbial ship, so he does not have to play with Simmons’ stringing them along. Notoriously, Simmons blames Philly for creating a toxic environment, but the reality is the opposite. This is part of the reason KD wants to leave Brooklyn.

On the other side, Tyrese Maxey has become the best replacement for Ben Simmons. Maxey participated in a charity basketball game. He dominates and scores 30+ points in the game! Interestingly, Tyrese is wearing the #3 like Sixers legend Allen Iverson. He even did a postgame interview. Maxey wants to come back next year with his team. Also, James Harden tweets out “rise & grind,” meaning he is somewhere practicing on his game.

Next, Marc reviews the first official depth chart for the Philadelphia Eagles. He highlights TJ Edwards as the 1st Middle Linebacker, followed by rookie Nakobe Dean. Analyzing the number of players at each position indicates a 4:3 defensive scheme, but there are rumors of a 3:4 play. However, Marc thinks there will be a mix of both. Jalen Reagor lists as a kick and punts returner. Marc laughs and is okay with this player placement. If Reagor can focus on one job and not get in the way, he will serve a purpose for the Eagles.

Moreover, Farzetta misses baseball, and it was nice to feel again on their off day. The Phillies return tonight at 7:05 PM at Citizens Bank Park. September-ish approaches ever so closely for Bryce Harper’s return. Rob Thomson has impacted the team significantly. Under Thomson’s management, the Phillies have been one of the hottest teams in baseball since June 1st. The Phillies made the right decisions at the trade deadline. They are playing themselves into better and better spots for the playoffs.

Then, on the Rothman Orthopedics Guest Line, EROCK discusses the Philadelphia Eagles. The pair of talking heads discuss the new Philly sports athletes’ surprise and love for the fans that showed up at a walkthrough game. This notion of Philly fans is not new because we are the greatest sports fans. EROCK and Farzy discuss how this team, on paper, is a Super Bowl contender. It really gets down to if Jalen Hurts takes a step forward. They need to win the division.

Additionally, EROCK thinks they will be around an 11-win team. Slant routes and short passes are predominately seen at the practices and walkthroughs. The Eagles’ offense must be rooted in the run game to succeed this season. Hilariously, EROCK watched all the beat writers during the practice game. He comically live-tweeted their movements throughout the game.

BlueChew sponsors the chat check on Social Media, answering all the fans’ comments and concerns about Philly sports. Farzy discusses further the KD force trade situation. People worried about Maxey getting injured in the charity game. One fan suggests the Sixers need KD, but Farzy does not want him.

Finally, on the Morning Rush by Sky Motor Cars, Tobias Harris married his new wife, Jasmine, over the weekend. The Phillies play the Marlins tonight with Zack Wheeler vs. Braxton Garrett. Hopefully, the Phils can keep the peddle down.