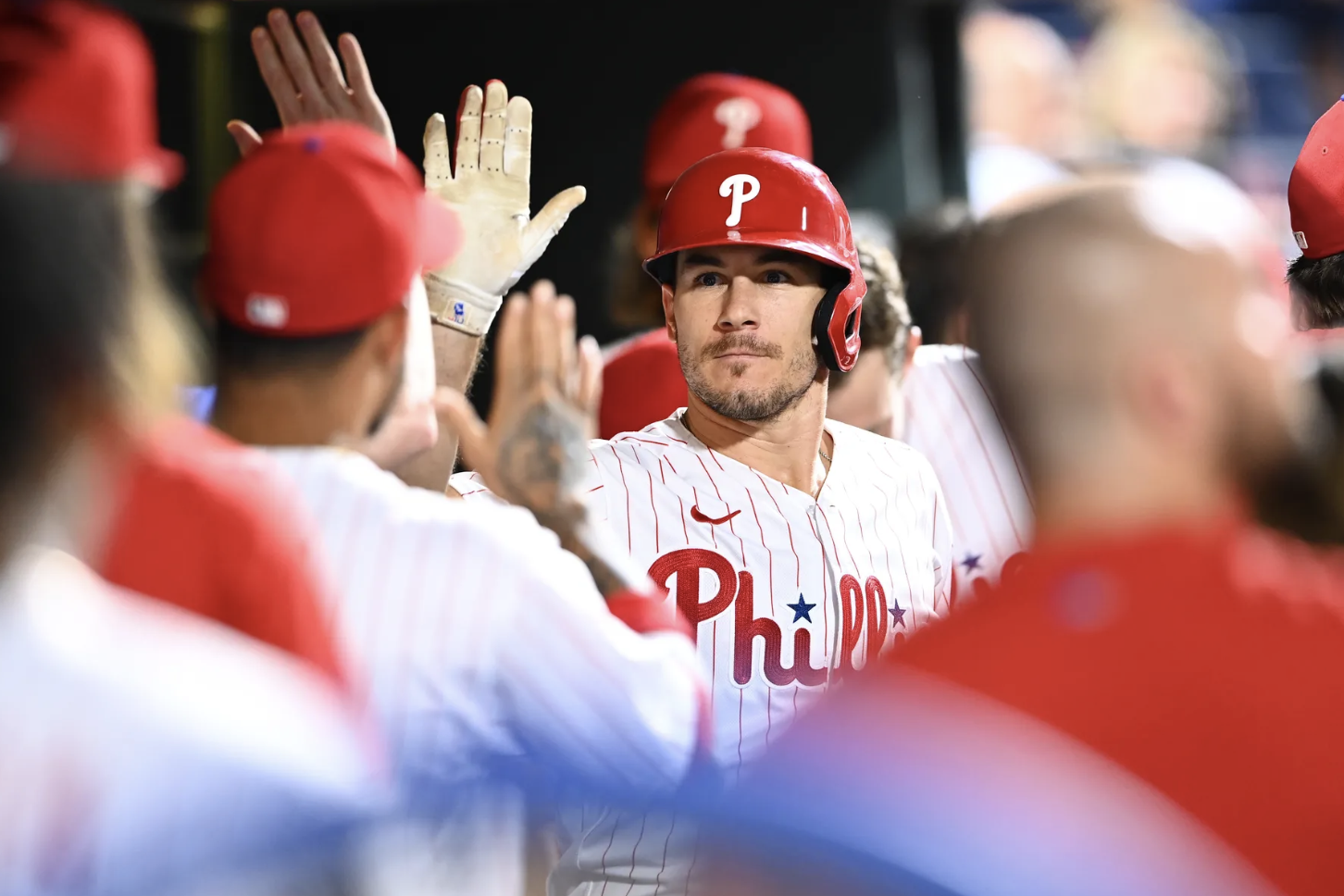 Today’s Episode of The Farzy Show with Marc Farzetta will feature talking head Zach Gelb (CBSSPORTS Radio) to talk about the Eagles and football. Also, Gelb will drop some insight into the Manti Te’o documentary. The Phillies beat the Reds again with the finale of this four-game set tonight. The Philadelphia Eagles lose a day of training camp. The Farzy Show streams live Monday-Friday from 6-7 AM in the Steven Singer Studios.

First and foremost, Marc discusses the Phillies’ game against the Reds. JT Realmuto, Jean Segura, Rhys Hoskins, and Matt Vierling all helped acquire the Phils’ third win in a row. This team finds ways to win ballgames. The Phillies utilized Christopher Sanchez for six innings, giving the rotation and most of the bullpen an extra day of rest. In the Phillies’ voyage without Bryce Harper, the Phillies are 11 games over .500. Also, Bohm and Realmuto have come up clutch for this ball club.

Furthermore, Bryce Harper puts up another stellar rehab performance going ⅗ with two doubles, one of being the walk-off hit to end the game. Harper faced 32-year-old Michael Tonkin trying to make his MLB comeback with the Braves organization. It is incredible how the Phils have managed to advance the team further over .500 in Harper’s absence.

Next, Farzy talks about the Eagles losing a day of training camp to some unfortunate circumstances. Then Marc discusses the Manti Te’o documentary. For people who do not remember, Te’o had a girlfriend he had never met in person. Apparently, Manti was “catfished” by a man the entire time. The story of the catfisher gaining Manti Te’o’s trust is wild. The documentary gives anyone watching it an insight into how this is possible.

Then, on the Rothman Orthopedics Guest Line, Zach Gelb of CBS Sports Radio talks about the Eagles and the Manti Te’o girlfriend documentary. Gelb and Farzy dive into his most recent adventures going to different training camps around the country. The two talking heads bond over their similar experiences in their media careers. Zach talks about his cameo in the documentary asking the girlfriend question. Gelb talks about how he thought Te’o could have been with anyone but devoted himself to a fake girlfriend. After seeing the documentary, he felt a little sympathy for the former top prospect.

Additionally, Zach dives into some Eagles talk. He believes that Jalen Hurts is a professional and a good QB but probably won’t be a great one. Hurts has the potential to get a big contract, but he is not the Eagles’ long-term solution at QB. Marc and Zach discuss Carson Wentz and his fall from grace. Lastly, the pair discuss the Phillies. He believes they are a playoff team and expects nothing more.

Moreover, BlueChew sponsors the chat check on Social Media, answering all the fans’ comments and concerns about Philly sports. Farzy and the chat address their worries that if Harper returns, the rest of the Phillies will stop trying. The chat recalls the Manti Te’o situation from a decade ago. Then the chat chimes in regarding the dishwasher being a part of the kitchen or separate.

Finally, on the Morning Rush by Sky Motor Cars, Farzetta discusses the Eagles’ practice with the Dolphins. AJ Brown and DaVonta Smith made great catches in the joint practice. The Phillies return to go for the sweep of the Cincinnati Reds tonight at 7:05 PM. Aaron Nola will get the start in this series finale against Cincy’s Justin Dunn.