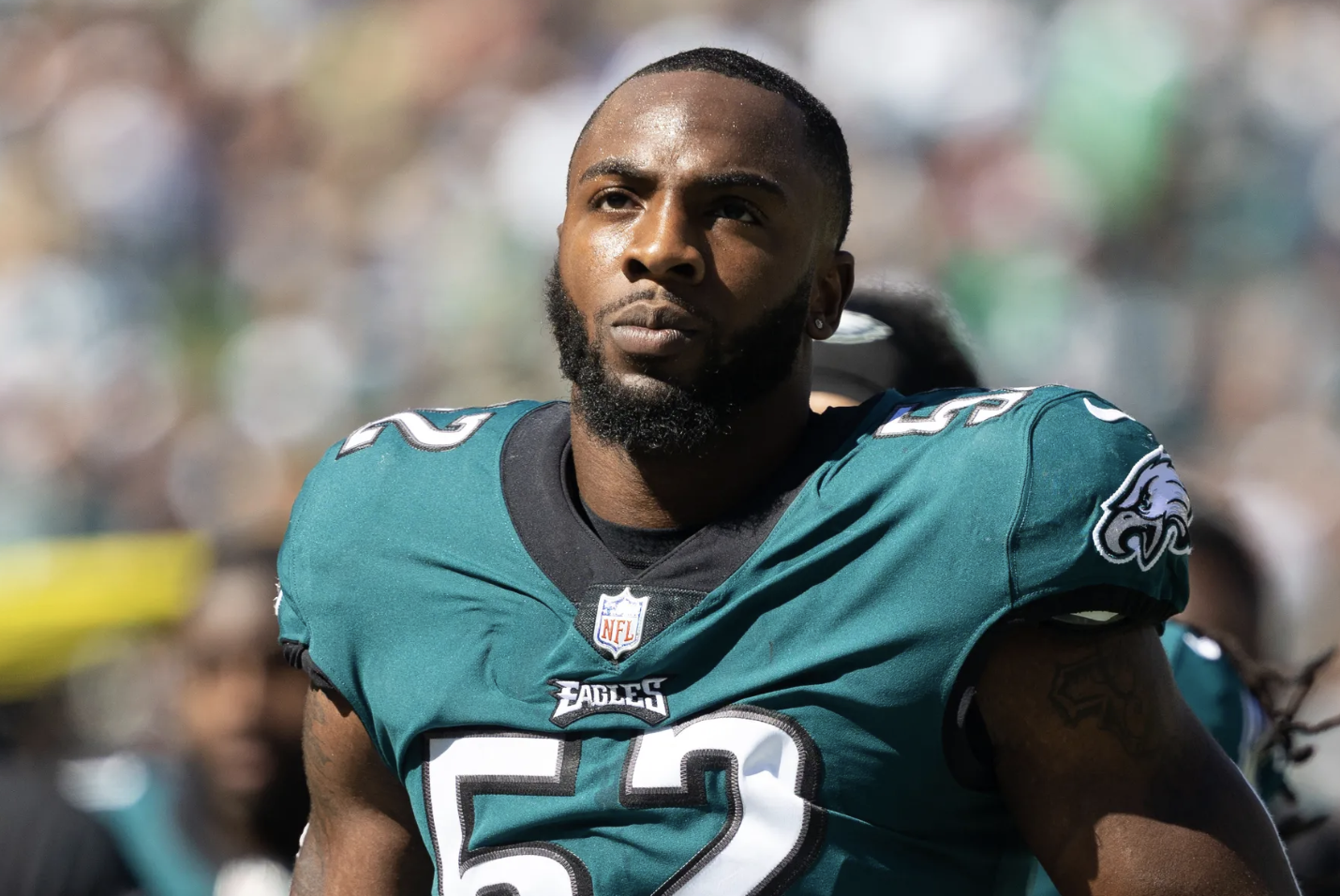 TGIF, Ladies, and Gentlemen! Welcome to The Farzy Show with Marc Farzetta, joined today by Eagles Linebacker Davion Taylor. The Phillies crush the Nationals 10-1 in the first game of a five-game set. John Tortorella and the Philadelphia Flyers agree to a 4YR/$16 million deal as head coach. FIFA has selected Philadelphia as one of the 16 cities for the joint United Bid for the 2026 FIFA World Cup. 2026 will be a big year for Philadelphia as the city will host the 250th anniversary of the United States and the 2026 MLB All-Star Game.

At the top, Farzetta dives into the Philadelphia baseball as the Phillies crush the Nationals 10-1. The echoing of “Everybody Hits” came to mind as everyone hit and contributed to the offensive onslaught. In yesterday’s game, Kyle Schwarber hit two homers to continue his incredible June surge. Nick Castellanos, who has struggled recently, is also making changes to get hot. If the two free-agent signings the Phils made this offseason get hot, then this lineup will start to realize their full potential.

On the pitching side, Zack Wheeler went 7 IP, 4 H, 1 ER, 3 SO, and 0 BB. Ultimately, the Phillies put up an excellent performance to set the tone against the Nationals. Also, congratulations to 29-year-old rookie Michael Kelly made his debut in relief with a scoreless inning pitched. By the end of baseball business today, the Phillies could clinch their fifth series win in a row.

Next, Farzy discusses the NBA Finals, where the Golden State Warriors raised the Larry O’Brien Trophy for the fourth time in seven years. The Warriors defeated the Boston Celtics 103-90 in Game 6. Marc highlights the Warriors changing the game of basketball by shooting threes and winning championships. It is wild that the Warriors had many injuries two seasons ago and only won 15 games. Now, they are the best team in the NBA.

Furthermore, in Philadelphia Flyers news, John Tortorella signs a 4-year deal. Marc believes Torts is a great coach. However, if this works, it will be beautiful. If it does not, it will fail miserably. There is no in-between in Philly sports. Additionally, this hiring could sway local player Johnny Gaudreau to sign with the Flyers, which would provide a much-needed anchor on the offense. Marc thinks the Flyers will play themselves back into relevancy.

Then, on the Rothman Orthopedics Guest Line, Eagles LB Davion Taylor features on The Farzy Show to discuss the Birds’ upcoming season. Davion discusses his injury last season and rehabbing it during the offseason. Marc highlights Taylor’s two-forced fumble game against the Broncos last season, which had not happened in 20 years for the Eagles. The Eagles LB discusses the need for better processing the field situations and efficiently moving are two keys to work on coming into the new season.

Moreover, Taylor and Farzetta discuss the new and improved Eagles QB Jalen Hurts. Davion sees a change in him with his confidence and his body. According to Taylor, the depth that the Eagles have and the new defensive scheme by Jonathan Gannon have made the Birds 10x better. Taylor reveals that he and Nakobe Dean have become good friends, and they help each other out despite competing for the same position. In the end, Farzy advertises Davion’s Football camp for kids in Mississippi in July.

Finally, the Steak & Main sponsors the chat check on Social Media, answering all the fans’ comments and concerns about Philly sports. Marc touches on the Eagles’ new wordmark, which has faced a lot of contention from fans. The audience basks in the Phillies’ victory and discusses the standings. Then, the audience discusses Marc’s allegiance during the 2026 World Cup, Italy or USA?

On the Morning Rush, brought to you by Sky Motor Cars, the Phillies have a double-header today against the Washington Nationals. At 1:05 pm, Game 1 Matchup: Ranger Suarez will face Joan Adon. Game 2 Matchup: Bailey Falter was elevated to the MLB to face Paolo Espino at 7:05 pm. Hopefully, the Phillies can crush the Nats again by winning both games.

Marc touches on some stories about his grandfather and father. Finally, Farzy shouts out to his Uncle Sonny and father, Joe Farzetta, for the tremendous impact they had on him. Marc wishes all the fathers/guardians/father figures a Happy Father’s Day!