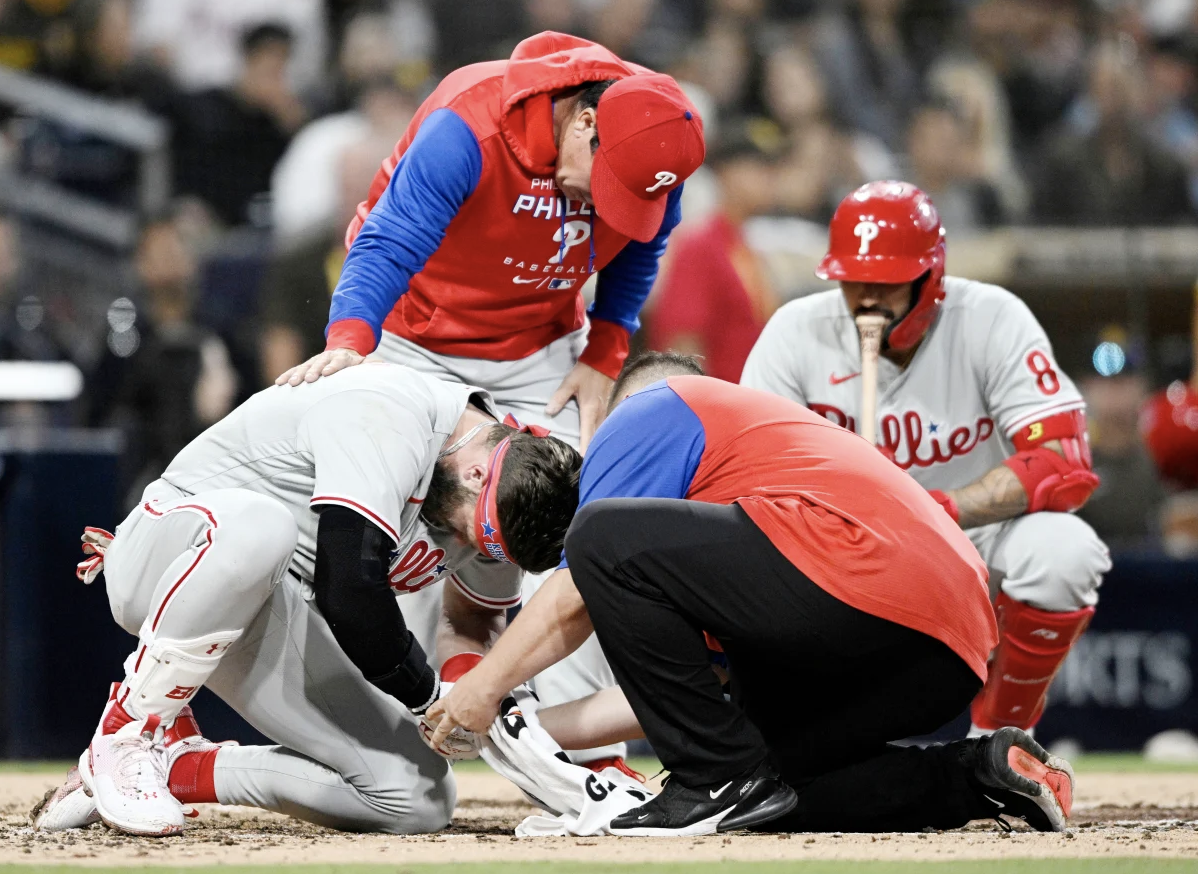 Welcome to another Hump Day for Philadelphia Sports Phans! The Farzy Show with Marc Farzetta is brought to you by Destination Retirement and streamed live from Steven Singer Studios. The Phillies drop Game 1 of the Atlanta series at home 5-3. Zack Wheeler did not have his best stuff giving up a few early runs. The bullpen did not stop the bleeding allowing two more runs to score. Apparently, if you play first base for Atlanta, you annihilate the Phillies offensively. Matt Olson smacked two homers in last night’s game.

First and foremost, Marc talks about all things Phillies. After Atlanta hit back-to-back homers, Kyle Schwarber seamlessly launches a missile of a home run to centerfield to tie the game 3-3. On the other hand, Nick Castellanos consistently bats poorly for the Phils. Multiple times this man has runners in scoring position and gets out. It is bonkers that Castellanos has not hit a homer in June! Rob Thomson’s next move must be to give Castellanos some rest or move him around in the lineup.

Next, Rhys Hoskins looks as lost on the field as he does at the plate. Later, Farzy plays a clip of Rob Thomson’s decision on pinch-hitting Moniak and his thoughts on the almost triple play. However, Farzy sees the logic in his argument for not pinch-hitting Vierling earlier. Marc highlights another Odubel Herrera mishap as Phillies players from the 2010s continue to plague this team and lineup. In injury news, Bryce Harper will be undergoing surgery for his thumb fracture. On a brighter note, Harper’s projected return is six weeks which is much better than the original diagnosis.

Then, Marc discusses some Birds contract talks with Jalen Hurts. There are rumors that Hurts will command a $40 million AAV contract! Hurts is a good QB, but he needs to prove himself this upcoming season. He still needs to prove he can command the offense. It is a make-it-or-break-it year for Jalen Hurts. The Birds supplied the surrounding talent. Now, Hurts must perform, or the QB Factory continues.

Furthermore, Farzy dives into the NBA Offseason. The De’Anthony Melton pick-up was a smart play by Sixers’ GM Daryl Morey. Now, signing PJ Tucker is the next stage in the offseason. At 37 years old, a 3YR/$30 million is a little steep for an aging player. The three-year deal will hopefully have a team option, but also it signifies the Sixers’ window to win a championship. There is speculation that the Sixers might return to the early-2000s Allen Iverson-era black jerseys. Farzetta loves this idea! Seeing that jersey on the court would be amazing.

Finally, the Steak & Main sponsors the chat check on Social Media, answering all the fans’ comments and concerns about Philly sports. The chat calls for a Rhys Hoskins trade! Marc says he does have value because his BA/OBP has risen enough. Fans regret the Castellanos signing or attribute the slump to the Simmons House curse. The fans discuss the Sixers mentality throughout the process. Farzetta recommends that everyone check out the Naismith Hall of Fame for an incredible experience. In the end, Marc tells the story of how he got his kayak.

On the Morning Rush, brought to you by Sky Motor Cars, the Phillies are back at it again for Game 2 vs. Atlanta. Ranger Suarez will take the mound for the Phightins against the Bravos pitcher Kyle Wright. Overall, this southpaw matchup is a must-win for the Phillies.