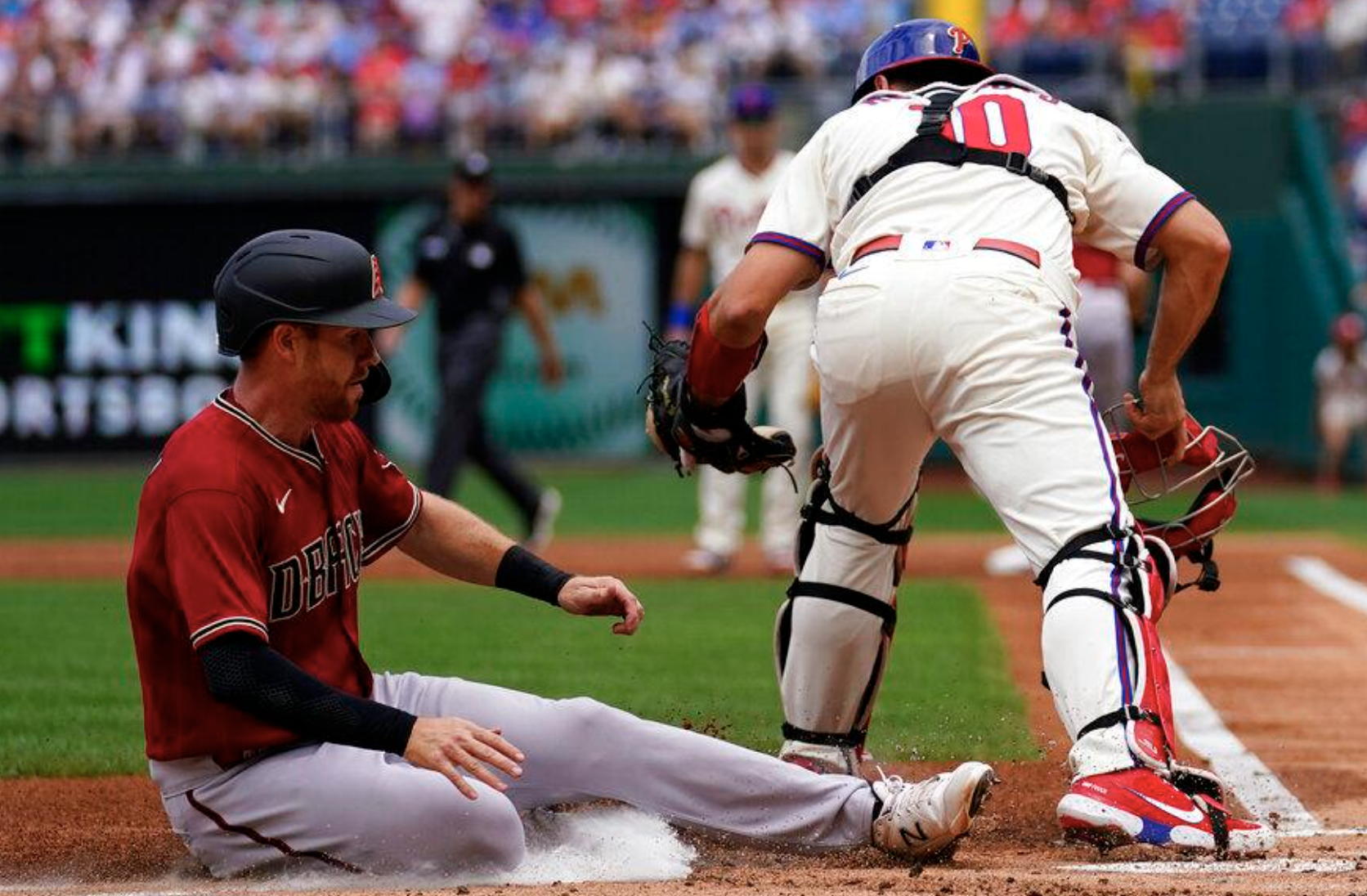 It is a new week, which means The Farzy Show with Marc Farzetta is back on weekdays at 6 am EST. Today’s show features former Phillie and 1993 National League Champion Tommy Greene. Unfortunately, the Phillies lost to the Arizona Diamondbacks 13-1, which snapped their win streak at nine. On a brighter note, the Phillies did win the series. Overall, the real challenge will be how they respond to a loss that showed the mistakes from nine games ago.

At the top, the Phillies dropped a doozy to the Dbacks. The fundamental errors made by Alec Bohm caused Ranger Suarez to have a 41-pitch first inning. Ranger struggled on the mound, and J.T. Realmuto missed a double-play at home to get out of the inning. After that, Realmuto and Castellanos struck out in the fifth inning with the bases-loaded opportunity keeping the Phils down. Marc touches on the postgame interview of Castellanos discussing giving the young guys the time to play to put their best foot forward. Overall, The Rob Thomson Phillies are much different than the Joe Girardi Phillies, which is evident by giving the players control and being a player-coach.

Next, Farzy dives deep into those troublesome bottom-feeders, the Miami Marlins. The Fish have consistently had the Phillies’ number in recent years. The NL East or even making the playoffs this year will come down to who can beat the Marlins more. Certainly, Marc highlights the Phillies’ needs going forward is Nick Castellanos, who needs to pick up the pace. As the clean-up hitter, Castellanos is hitting .251 on the season with 7 HR and 31 RBIs. Rob Thomson believes Kevin Long and Castellanos can turn things around at the plate.

Then, the Steak & Main sponsors the chat check on Social Media, answering all the fans’ comments and concerns about Philly sports. The audience expresses their happiness with the Phillies’ last ten games. Fans are happy about the Phillies’ streak but wish it could have continued. However, there is still some caution regarding the Phils, especially with the Marlins coming to town. Farzy declares former Flyer Keith Jones and Rob Thomson to be from the same gene pool.

On the Morning Rush, brought to you by Sky Motor Cars, the Phillies start a 3-game set against the Miami Marlins. The last time the Phils played the Marlins, they lost three of four. Most importantly, Marc is asking for a win in the series. Aaron Nola will face Sandy Alcantara in Game 1 at 7:05 pm at Citizens Bank Park. Hopefully, the Phillies can start a new streak against the Marlins.

Furthermore, on the Rothman Orthopedic Guest Line, 1993 NL Champion Phillies Pitcher Tommy Greene joins the show to discuss the current Phillies. Marc and Tommy discuss the managerial firing and the effect of the younger players coming together and making an impact. Greene talks about his confidence, and getting support from teammates and the manager allowed him to grow in the game. Farzetta and Greene dive into the performance of Aaron Nola. Above all, Tommy thinks Nola is good and should keep going, but he sometimes gets snake-bitten by solo homers.

Finally, the pair discuss the Marlins having the Phils’ number, and Greene believes the Phils need to take everything one ball at a time and focus on the controllable fundamentals. Farzy fondly reflects on the 1993 Phillies with Tommy Greene! That clubhouse was more fun than anyone could see, according to Greene. Tommy ends the show with a beautiful anecdote about the advice he got from Hall of Famer/Pittsburgh Pirate Legend Willie Stargell.