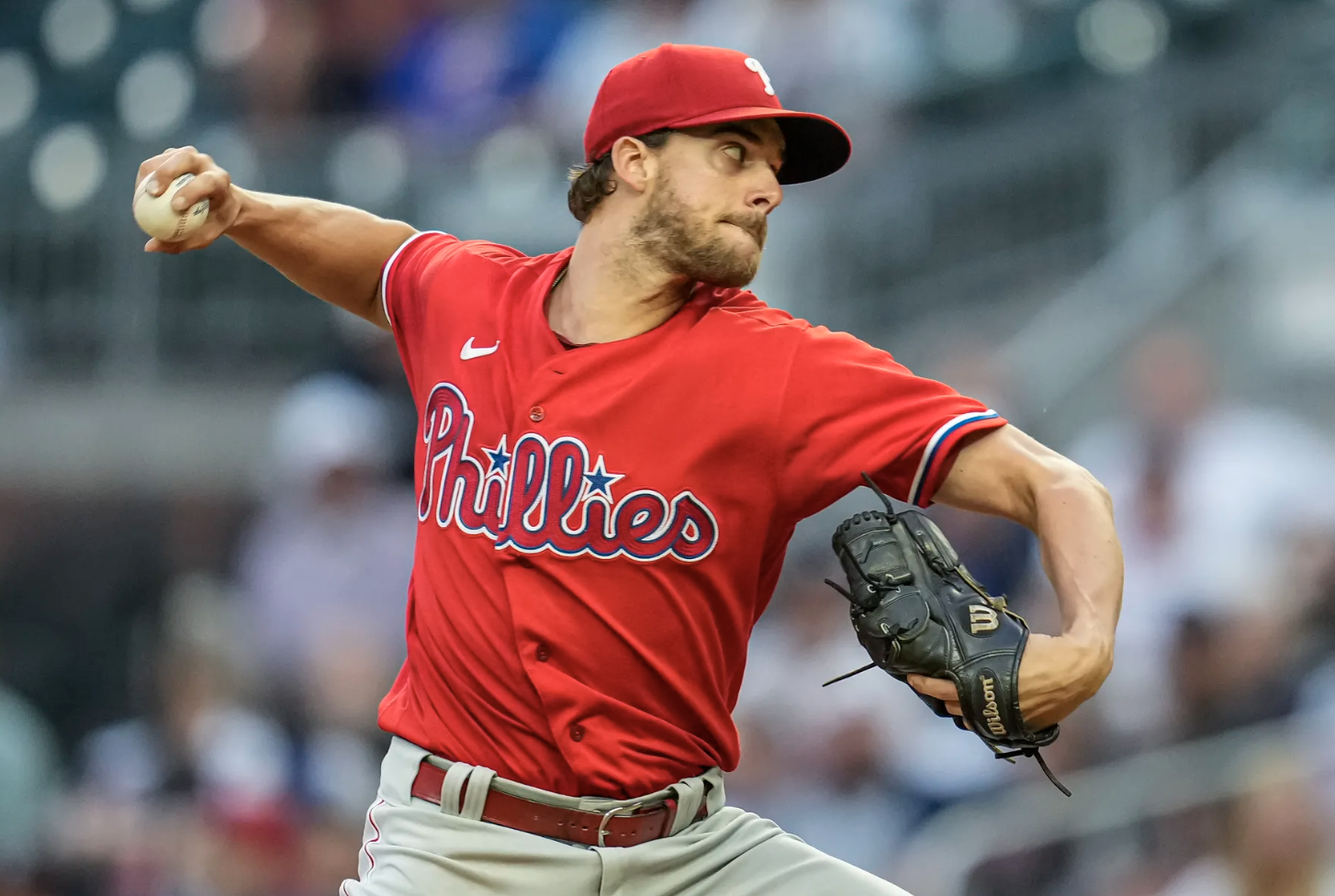 Finally, it is Friday leading into Memorial Day Weekend! The Farzy Show with Marc Farzetta takes on the array of Philly Sports topics of late. The Phillies snag a finale win against Atlanta but remain sub-.500 and in second place in the NL East. Joel Embiid’s trolling goes National, and Jalen Hurts was snubbed last year on Chris Simms’ Top-40 QBs, but now Hurts is #25 on the list.

At the top of the show, Marc discusses the Phillies’ 4-1 victory over Atlanta getting them the 2-2 split of the series. The Phils gave Aaron Nola his first win since Opening Day; let that sink in for a moment! Nola had a fantastic pitching line: 8.1 IP, 10 SO, 5 H, and 1 ER. Corey Knebel came in and allowed Matt Olson to score because Nick Castellanos did not read the hit to right-center. The run support came from the struggling J.T. Realmuto, who hit a solo homer, Odubel Herrera doubled in Realmuto and Schwarber, and Castellanos doubled in Harper. Girardi let Nola start the ninth, but Olson’s double automatically got him pulled from the game. Overall, Farzy thinks Nola should have pitched to one more batter to work out of the jam.

Next, Farzetta discusses the infamous Joel Embiid tweet during Game 5 of the ECF between the Miami Heat and the Boston Celtics. Embiid tweeted, “Miami needs another star.” The internet exploded with speculation. Marc did not take it seriously. Joel Embiid confirmed it with another tweet, saying, “Ok ya’ll are stupid lmao.” Is Joel Embiid trying to force his way out of Philly? Absolutely not! The photoshopped Embiid and Butler in Heat jerseys were not fun to see, but this kid is just trying to poke fun.

Then, Farzy gets into the Chris Simms QB rankings from 2021 and 2022. Last year, Jalen Hurts did not rank in the Top-40, but this year he is #25. The four QBs in front of Hurts on this year’s list are #21 Daniel Jones, #22 Zach Wilson, #23 Justin Fields, and #24 Trevor Lawrence. Marc does not agree with this ranking at all. Lawrence may be better, but the other three are disrespectful to Hurts based on the others’ terrible play last year. Although we are all rooting for Hurts, Marc will not die on a hill just yet because he cannot ignore his faults. Hopefully, the Eagles and Hurts will have a better offensive scheme to work with this season.

Finally, the Steak & Main sponsors the chat check on Social Media, answering all the fans’ comments and concerns about Philly sports. The chat discusses Jor Girardi’s low tone in interviews. Warriors fans and Charles Barkley had an issue when one fan threw a t-shirt at the back of his head. This enraged the HOF’er during the broadcast. People reminisce about Ray Didinger and his impact on broadcasting for the last 53 years.

On the Morning Rush, brought to you by Sky Motor Cars, the Golden State Warriors beat the Dallas Mavericks 4-1 in the series to move on to the NBA Finals for the sixth time in eight years. Game 6 of the ECF between the Heat and Celtics is tonight at 8:30 pm in Boston. Boston leads the series 3-2. The Phillies will be in Queens with a 7:10 pm start time. Bailey Falter is taking the mound for the Phightins against Carlos Carrasco for the Metropolitans.