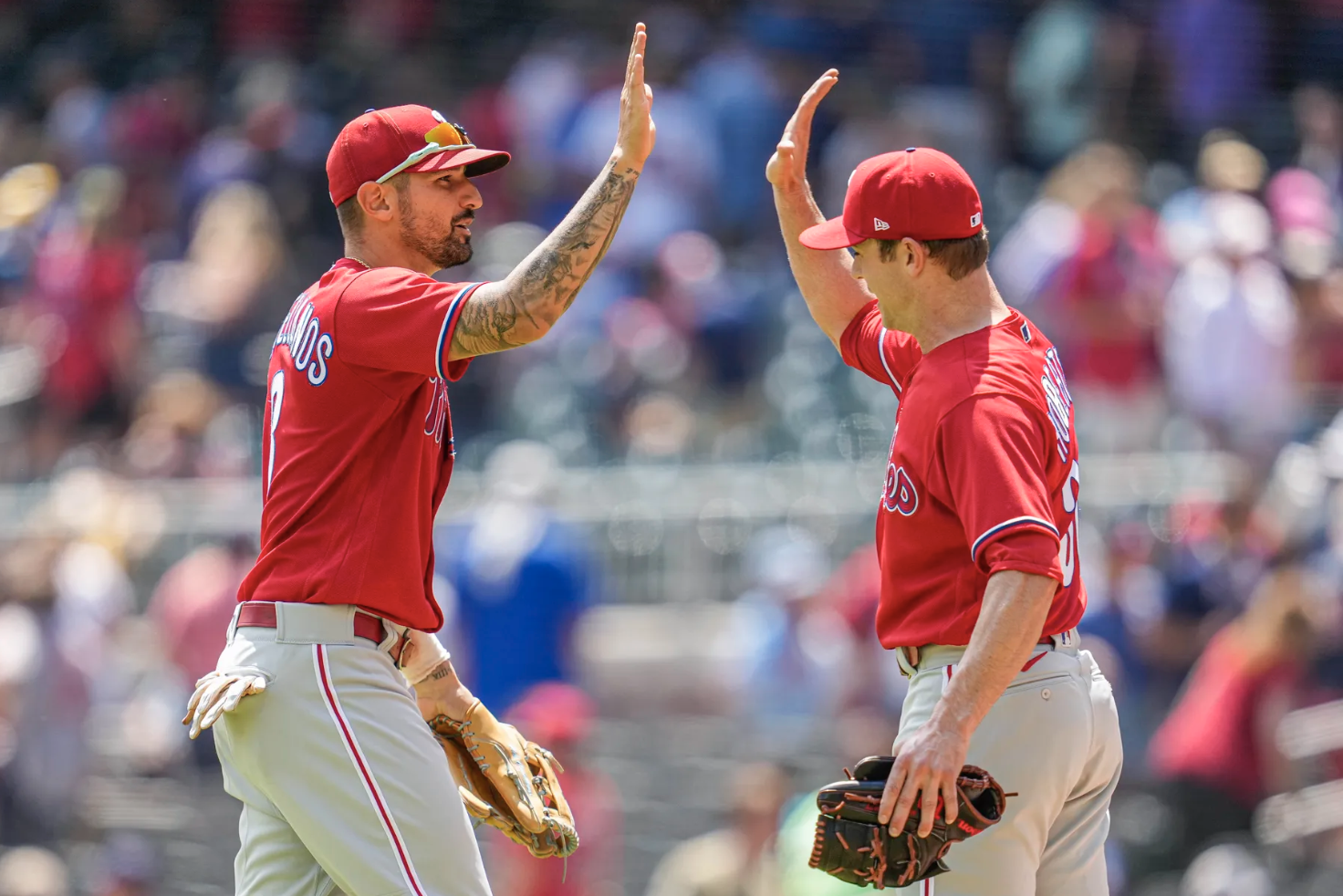 Welcome to Talking Head Thursdays, Philly Sports Fans! The Farzy Show with Marc Farzetta is proud to present another episode breaking down the great sports town we love. Marc starts the show off with his “Big 3”. He will dive into Doc Rivers’ interview, the Phillies, and PhillyVoice’s Evan Macy features on the show. Phils split the Atlanta series and will return to Philly for a 4-game set against the Nationals.

First and foremost, JT Realmuto busted it down to First Base for a Fielder’s Choice that tied the game 1-1 in the 8th inning. Then, Nick Castellanos gets a game-winning two-run home run splitting the series with Atlanta. He has not hit a homer since June 30th. The Phillies will get their “new toys” for the rest of the season. Speaking of new toys, David Robertson came in and got the save. The return of Segura and Harper should firmly put them in the 3rd WC spot. Farzy mentions that August is Castellanos’s month, and he wants to ride the hot streak to the end of the season.

Secondly, Sixers HC Doc Rivers was featured on Vince Carter’s podcast discussing the team. He says that during the first road trip, the guys did not interact with each other on the plane or play cards. Farzy highlights how playing cards on road trips are crucial to team chemistry. Marc believes Doc Rivers is not perfect but thinks he gets the credit for the amazingly mature athlete he has become. Rivers attributed the Simmons play against the Hawks in the playoffs as a -1, not just an era-ending play. Marc gushes over Rivers emoting over Tyrese Maxey’s work ethic and not wanting to take a vacation.

Furthermore, Rivers talks about James Harden taking a pay cut and looking physically fit. Then he denies the tampering involving the Harden and Tucker deals by the Sixers Organization. Also, Rivers acknowledges how impactful Harden taking less money this year helps the Sixers win. Doc divulges a critical perspective on the Ben Simmons situation, which predated his taking over the Sixers. He did not believe Ben’s reasons were not good enough to want to leave.

Thirdly, the Deshaun Watson debacle. Farzy analyzes the 6-game suspension that the judge and the NFLPA are happy about, but the NFL is not. Watson has 24 accusations against him, and 22 cases were settled out of court. The NFL is looking for a 1-year suspension or a significant fine in addition to the number of games suspended if it is less than a year. Hopefully, the NFL will be able to make the proper judgment regarding this grave situation.

Eagles Sidenote: The Athletic published an article about Jason Kelce’s first year and his car getting spray painted. Marc makes sure everyone knows how respected Jason Kelce is in the city of Philadelphia.

Then, on the Rothman Orthopedics Guest Line, Evan Macy of the PhillyVoice discusses the Phillies post-deadline. Macy thinks the Phillies made good trades, but nothing significant to make a huge difference. Marc and Evan discuss the trade deadline acquisitions made by the Phillies. Evan hopes Castellanos will figure it out and make his contract worth it. Interestingly, Macy believes the Marsh trade hugely benefits the Phillies.

Moreover, BlueChew sponsors the chat check on Social Media, answering all the fans’ comments and concerns about Philly sports. The fans discuss the Doc Rivers interview. Marc talks about how much he doesn’t like bullpen games. Apparently, the NFL knew about not getting the 1-year suspension. The Deshaun Watson situation and many other NFL issues arise every time punishments do not match the crime.

Finally, on the Morning Rush by Sky Motor Cars, the Phillies face off against the now league-worst Washington Nationals. Newly acquired sinkerballer Noah Syndergaard will make his Phillies debut against Paolo Espino at 7:05 PM in South Philly.