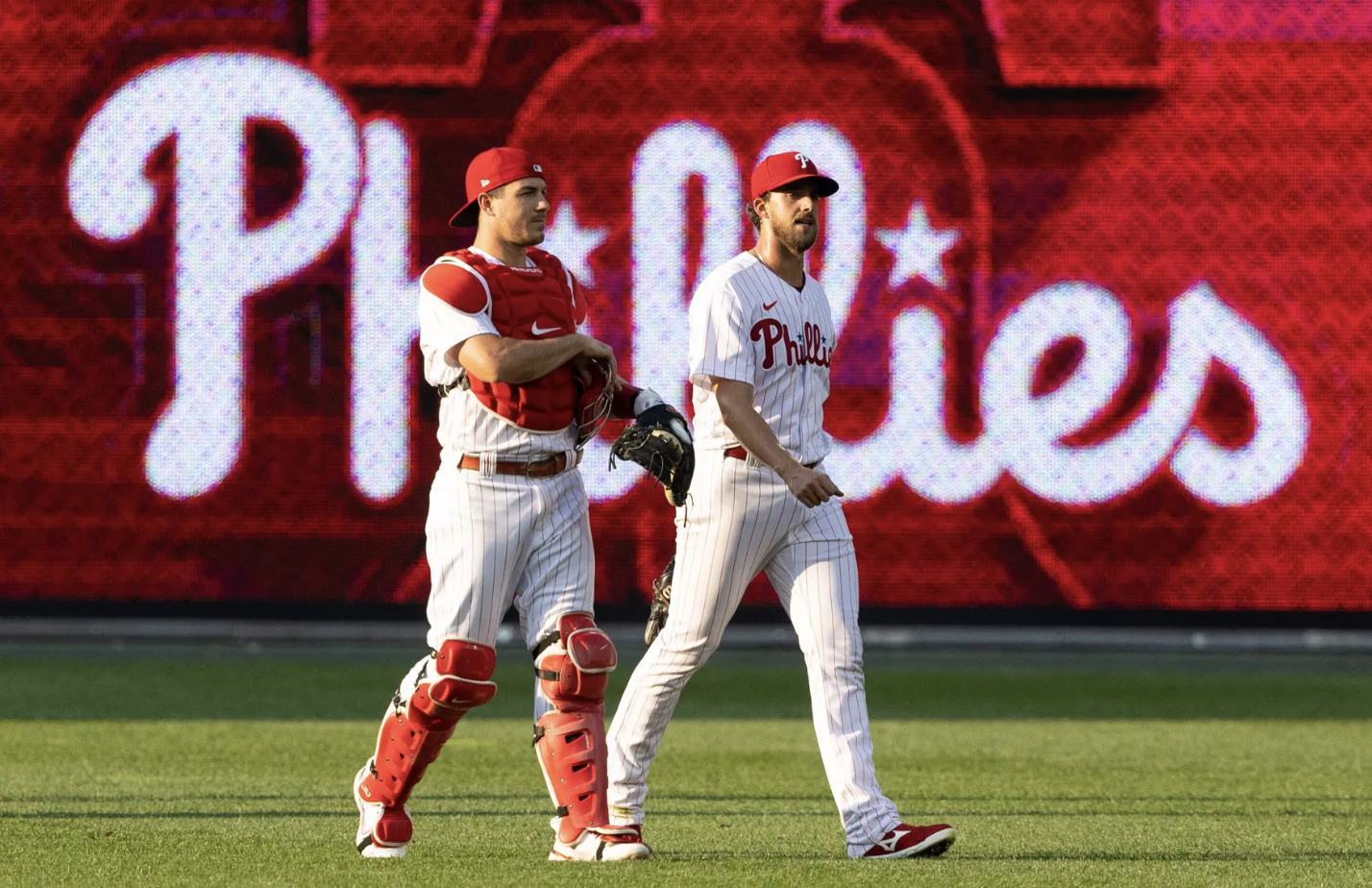 It is Talking Head Tuesday on The Farzy Show with Marc Farzetta! Today’s show will discuss all things Philadelphia Phillies with postgame interviews from Rob Thomson and Rhys Hoskins. The Phightins beat the Miami Marlins 3-2 in Game 1 with a walk-off win in the ninth by Rhys Hoskins. Fortunately, the Phils bounce back from their 13-1 loss to Arizona and showed resilience against the NL East.

At the top, Marc highlights the clutch performance of Phillies utility player Matt Vierling. Vierling set up the Phils by getting a single, stealing second, and scoring on Hoskins’ walk-off hit. During the game, Aaron Nola pitched well: 7 IP, 6 H, 2 R, 2 ER, 0 BB, 6 SO, with a 3.42 ERA. However, the Phils keep having issues knocking in runs, exemplified by J.T. Realmuto’s ground-out double-play. Overall, the Phillies needed this bounce-back win against the Marlins, especially when their record against the division is 6-14.

Next, Farzy discusses Rob Thomson’s postgame conference regarding what he said to the team before the Marlins game. Thomson stressed the need to beat teams within the division. Marc loves Thomson’s downplay of beating the LA Dodgers and the Milwaukee Brewers. Moreover, he believes the Phillies need and can win six of their next eight games against NL East opponents. More importantly, the Phillies need Castellanos and their starters to contribute more. When that happens, the younger guys like Stott and Vierling can reinforce them with good baseball. Then the Phils will be playing meaningful baseball by August/September.

Furthermore, Farzetta mentions the NBA Finals between the Golden State Warriors and the Boston Celtics. The Warriors beat the Celtics in Game 5 104-94 to take a 3-2 series lead. Then, Marc admonishes any Sixers fans rooting for the Celtics. Farzy aptly compares the Celtics to the Dallas Cowboys of the NBA. The struggle of watching the Celtics make the NBA Finals before the Sixers is painful. In the end, Marc hopes that the “Process” is not a waste and that the Sixers will make it worthwhile next season.

Then, the Steak & Main sponsors the chat check on Social Media, answering all the fans’ comments and concerns about Philly sports. The audience supports the Matt Vierling victory tour and the Phils snagging the first game of the series against the Marlins. Marc and the fans dive into the young players on the Phillies, and the opportunity to play more is necessary for this team’s success.

On the Morning Rush, brought to you by Sky Motor Cars, the 31-30 Philadelphia Phillies will take on the Miami Marlins tonight at 7:05 pm. Zach Eflin will take the mound for the Phils against Trevor Rogers. On paper, the Phils should win this game confidently, but Marc feels this could be a “trap game.” The Phightins need to keep the good vibes and pace with the division. In other sports news, the Flyers are down to two candidates for their HC: John Tortorella and Barry Trotz.