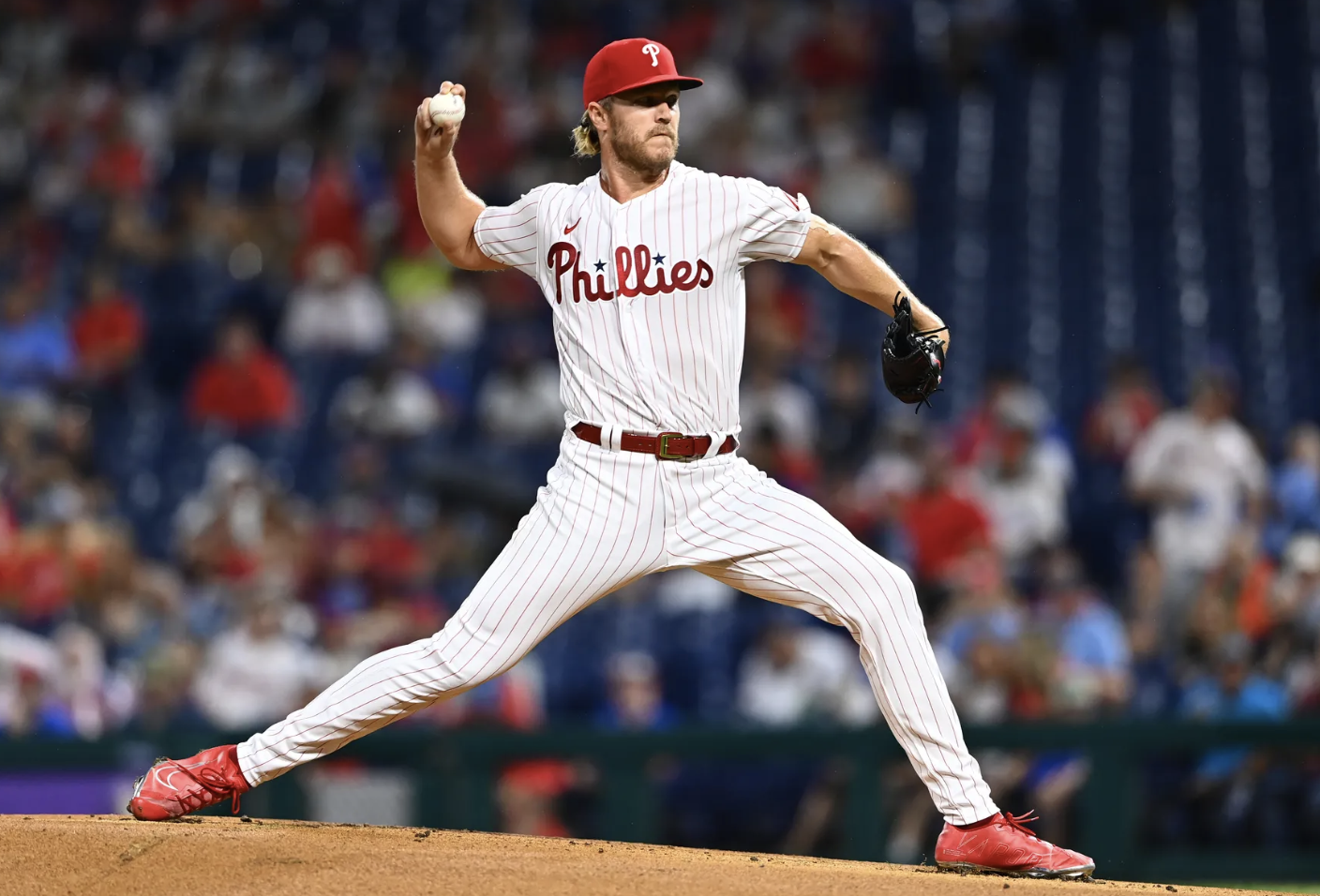 It is another Talking Head Tuesday on The Farzy Show with Marc Farzetta. The Phillies rose from the ashes with their Game 1 win against the Cincinnati Reds. Bryce Harper will start his rehab assignment in Triple-A with the Iron Pigs tonight. The return of Bryce Harper is critical for the Phillies’ season. Then, a man drinks a beer with a hot dog straw?! All things Philadelphia Sports and more on The Farzy Show with Marc Farzetta.

First and foremost, Nick Castellanos kills the NL Central, which is evident through a home run and double last night against the Reds. Also, Bryson Stott goes yard, and Realmuto and Bohm both got multi-hit games to assist the Phillies in a 4-1 win. Noah Syndergaard pitched incredibly, going 7 IP, 1 SO, 1 R, 1 ER, 3 H, and 2 BB. The Phils needed this win to shower off the bad juju from the Mets series. This team is a playoff team. If they can do what they need, then October baseball is in their sights.

Next, Farzy discusses the new drink that a Yankees fan did last night. He punctured a hot dog from tip to tip and drank his beer through it. Wow! That is a new way to have a hot dog and a beer. Brendan Petrilli of BTS at The Farzy Show demonstrates this new drink dubbed a “glizzy straw.” According to Petrilli, it was more grease than beer through the straw. Marc dives into his confusion about this hot dog straw concept.

Furthermore, Darick Hall has been optioned to Triple-A with the news of Bryce Harper’s return. Harper will make his rehab debut tonight as the DH for the Iron Pigs. He will return to the Phillies lineup by next Monday for the Phillies’ away series against the Arizona Diamondbacks. Currently, the Phillies occupy the second WC spot tied with the San Diego Padres, and the Milwaukee Brewers are nibbling at their heels. Farzetta is very excited about the return of Bryce Harper.

Additionally, Nick Castellanos is on a 12-game hitting streak. Hopefully, he can keep heating up. In any given month, Alec Bohm has only hit 3 HR in a month. Maybe he will add a couple more before the month finishes. People are happy that he is hitting .292, but when do those doubles turn home runs? As a third baseman, there should be more pop in his bat.

Then, Farzetta highlights the performance of Deon Cain in Sunday’s preseason game. Cain plays a physical style of WR which is welcomed to this Eagles team. Farzy thinks Devon Allen, unfortunately, will not make the roster but will be practice squad at best. The Eagles will finalize their roster next week. Stay tuned for more information and coverage by The Farzy Show.

Moreover, BlueChew sponsors the chat check on Social Media, answering all the fans’ comments and concerns about Philly sports. The chat praises Syndergaard and Suarez as the best Phillies pitchers this month. The Phillies have not had a winning September since 2015. The fans are disgusted by the viral hot dog straw video. The chat complains about the Phils’ offense and the horror show that is the outfield. The fans agree that the Bryce Harper return will save the offense and the season.

Finally, on the Morning Rush by Sky Motor Cars, the Phillies return for Game 2 against the Reds. Ranger Suarez will get the ball tonight against Reds rookie Nick Lodolo. Tonight’s game is at 7:05 PM, pending weather. Roster cuts for the Eagles will happen by 4 PM today. In other baseball news, Albert Pujols has hit 7 HR in August as he approaches 700 career HR. If he hits another HR off a different pitcher, he will have hit an HR on 450 other pitchers in his career. That will set a new career baseball record.