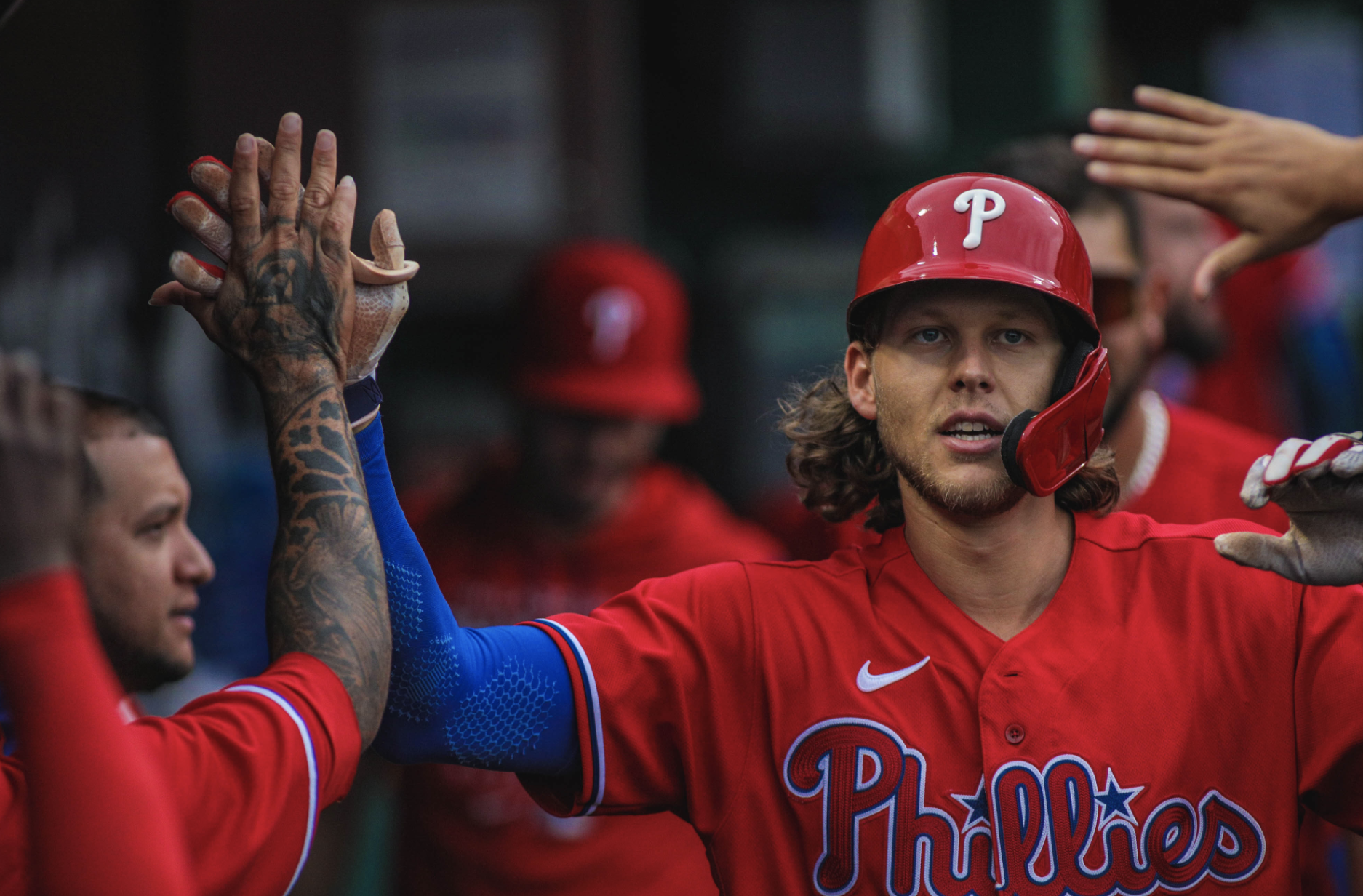 Welcome back to The Farzy Show with Marc Farzetta, where Philly sports fans enjoy a lively host talking about all things sports. The show is presented by Destination Retirement and streamed live from the Steven Singer Studios in good ole’ Philadelphia, Pa. The Philadelphia Phillies accomplished their first sweep of the Pittsburgh Pirates in Pittsburgh since 1968! That Pirates team had Roberto Clemente, Donn Clendenon, Bill Mazeroski, and Willie Stargell. On the other hand, the Phils fielded Dick Allen, Johnny Callison, Tony Gonzalez, and Don Money. The Phils’ sweep puts them 1 game ahead of the Cardinals for the last WC spot.

First and foremost, Farzy discusses the incredible turnaround success of the Philadelphia Phillies. Under Rob Thomson, the Phils are 33-18! Starting with Alec Bohm’s spectacular July, he batted .434/.457/.632/ 1.089. Thomson believes Bohm and the coaching staff get all the credit for his growth as a player. Then, JT Realmuto hit .358 BA with 5 HR. However, Nick Castellanos went homerless in a month for the first time since September 2015. Castellanos’ power woes continue to plague this lineup, but he hit .288 BA, a significant improvement from his first half of the season. Hopefully, the return of Jean Segura and Bryce Harper will propel this team further into playoff contention.

Secondly, Marc hears that the Phils have their sights on Starting Pitching instead of the bullpen. Regardless, Farzy, like many others, needs the Phillies to replace Jeurys Familia. Yet again, he turns leads into close games and close games into losses. The Phillies need at least one bullpen piece and one starter to solidify the team going into the final two months. According to the Phils, off-the-table prospects are Mick Abel, Andrew Painter, Logan O’Hoppe, Grif McGary, and Ben Brown. Despite the trade deadline, Thomson said he would fight with the guys he already has if no moves happen.

Thirdly, the Edmundo Sosa trade with the Cardinals does not make sense on the surface unless it is for a set-up deal before the deadline. The middle infield is very deep, and the Phils need to unload some of these guys for pitching. The Players are off today, but hopefully, Dave Dombrowski and the front office are making some calls.

Furthermore, there is already controversy only a few days into training camp. Eagles RB Miles Sanders runs with the twos, and Nick Sirianni comes to the rescue. Sirianni stresses that Miles is our guy, and it just so happens to be how the numbers and rotations played out. Farzetta comments that it is not a “good look” when the Eagles PR guy is alerting the HC on his players’ place in practice. Also, Nick Sirianni is a “big ball guy” who tackles his AC because of his manner.

Moreover, on the Rothman Lockerroom Report, Jason Kelce says the only way to be good is to work hard to improve. Kelce comments that the alertness and agility of Jordan Davis will make or break games. Farzetta believes this season will be very successful for the Eagles, especially for the offensive line. Ultimately, it will come down to whether Jalen Hurts will perform better than he did last year.

Then, on the Morning Rush brought to you by Sky Motor Cars, Marc acknowledges the passing of Bill Russell. Russell was a huge rival for the Sixers back in the day. The moments of silence and praises for a trailblazing icon in the world of sports like Bill Russell shows the impact he made on so many lives. He will sorely be missed as an ambassador of the sport and a basketball icon.

Finally, Steak & Main sponsors the chat check on Social Media, answering all the fans’ comments and concerns about Philly sports. The fans and Farzy eagerly await the return of Jean Segura. Farzy talks about his Jersey Shore trip this past weekend. The chat pokes fun at the host. The fans seem concerned with Hurts’ development, so let’s hope he makes the big jump during the season. Overall, the Phillies need to make some moves for SP and RP.