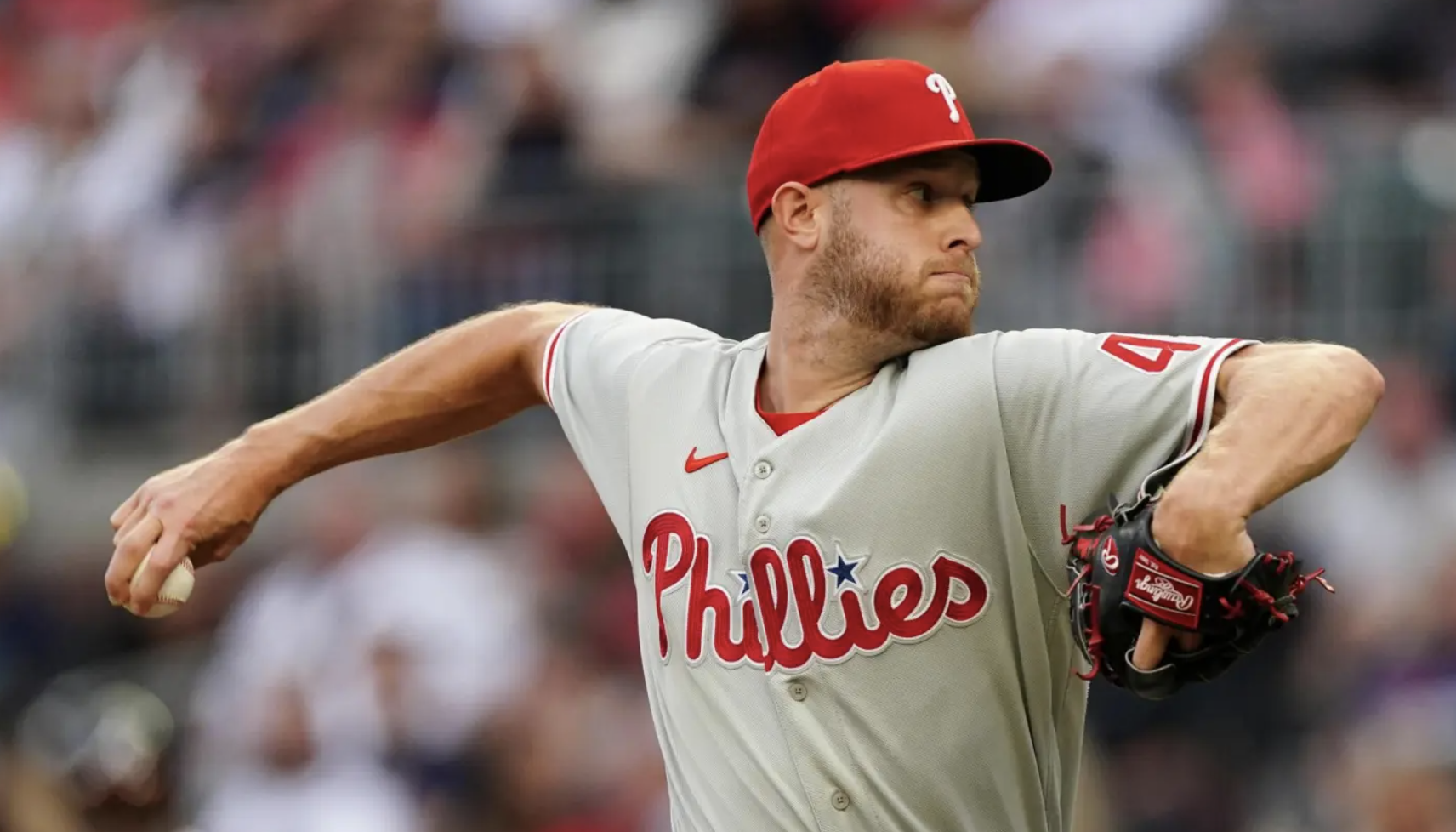 It is another talking heads Tuesday on The Farzy Show with Marc Farzetta, joined today by two guests. Firstly, Eagles Superfan Nicole Quigley will discuss meeting her hero Jason Kelce. Secondly, Marshall Harris of CBS Chicago will join the show to discuss the Chicago Bulls’ forward, Zach LaVine, possibly connected to the Sixers. Thirdly, the Phils take the opener against Atlanta, and Farzy discusses the positive momentum for the Phillies season.

Starting off the show with positive vibes only, Marc discusses the 7-3 victory over Atlanta in the first game of the four-game set against the reigning World Series Champions. Zack Wheeler pitched masterfully, going 6.2 IP, 8 H, 2 ER, and 10 SO on 105 pitches (70 Strikes). Shockingly, Roman Quinn contributed to the Phillies’ win with a 100 MPH throw to home to nail the runner and hit in a couple of runs. In his postgame conference, Joe Girardi said that hitting is a nightmare; no matter what, you must keep grinding. The Phils need to keep scoring runs in this upcoming stretch featuring Atlanta, New York, San Francisco, and Los Angeles.

Next, Marc dips his toes in some Eagles talk regarding the possibility of Nick Foles returning to Philly. However, this did not happen. Foles reunited with Frank Reich in Indianapolis instead. Moreover, Marc chats with Eagles Superfan Nicole Quigley about meeting Jason Kelce on the Rothman Orthopedic Guest Line. Quigley tells of how she and her mother got to meet the Eagles center at the Eagles Autism Challenge over the weekend. Nicole describes befriending an Eagles cheerleader and meeting Kelce, who jumped over a fence to greet her mother. The emotional meeting was organic and unplanned, and so were her tears.

Then, on the Rothman Orthopedic Guest Line, Marshall Harris of CBS Chicago joins the show to talk about some Sixers/Bulls rumors floating around. Harris discusses moving to Chicago and learning about different cities and how they interact with their sports teams. Farzetta and Harris discuss the possibility of Zach LaVine getting signed and traded to Philly. Harris believes it is unlikely unless the Sixers can give up something equivalent in value for LaVine’s ability. Marshall thinks that with draft picks, Tobias Harris, Thybulle, or Maxey would need to be included in this deal. A possible third team might need to get involved.

Finally, The Steak and Main sponsors the chat check on Social Media, answering all the fans’ comments and concerns about Philly sports. The listeners are excited that the Phillies got a great win over Atlanta. Marc reminisces about his first interview with Phillies legend Chase Utley. The chat discusses Jim Carey’s movies, such as Ace Ventura and The Truman Show. Overall, Daryl Morey make the “Beal Deal” happen!

On the Morning Rush, brought to you by Sky Motor Cars, the Phillies will continue their Atlanta series with Kyle Gibson on the bump for the Phightins against the Bravos’ Max Fried. Hopefully, the Phils’ run support continues in tonight’s game which starts at 7:20 pm. The Celtics win game four of the ECF and head to Miami for game five. Tonight is game four of the WCF between the Golden State Warriors and Dallas Mavericks. That game will be on at 9 pm, and the Mavs are looking to avoid the sweep by the Warriors.