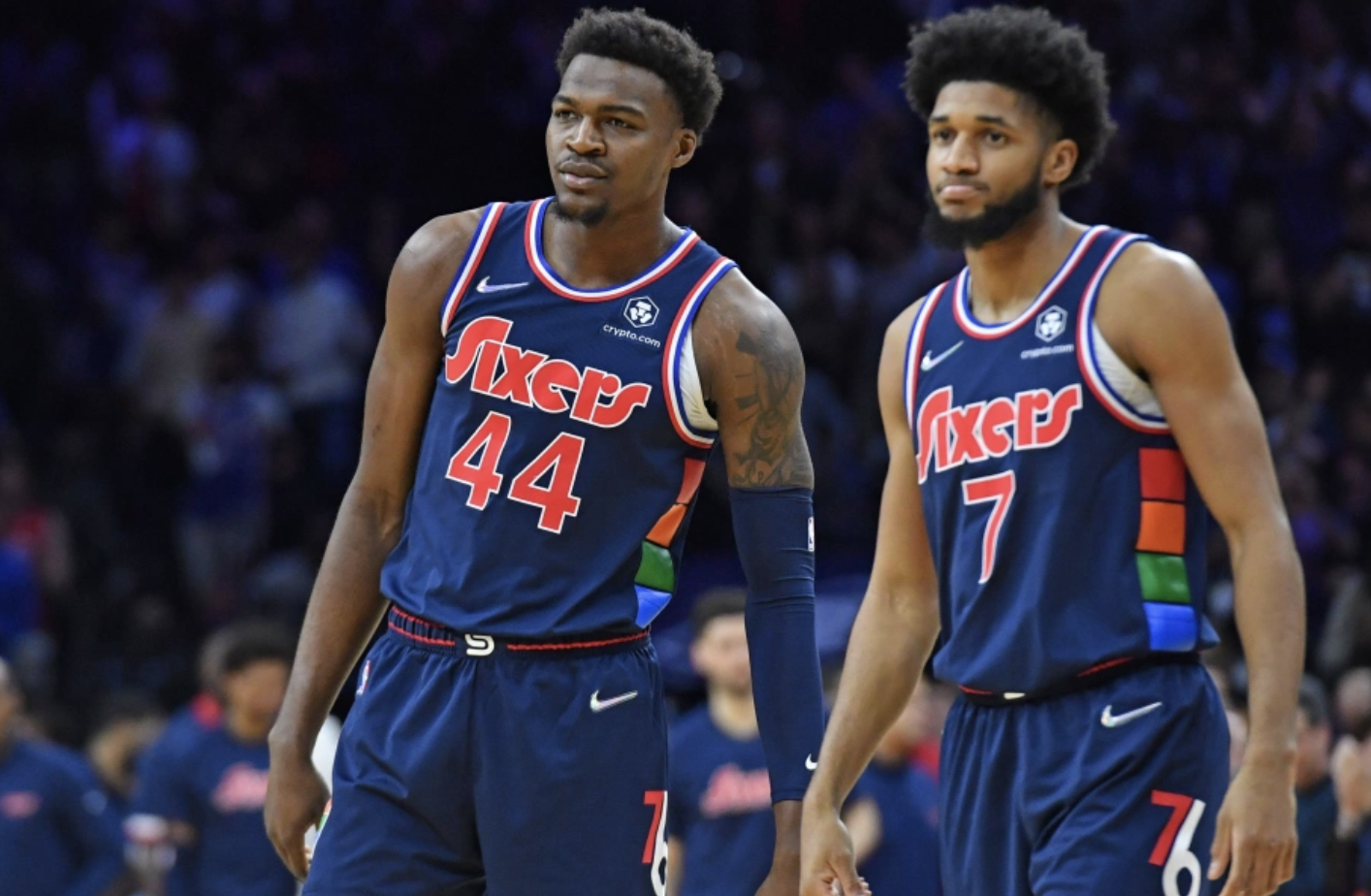 Welcome Back to The Farzy Show with Marc Farzetta! First and foremost, Marc sends his best wishes to the victims and the families affected by Highland Park Shooting and the Philadelphia Parkway Shooting. The Phillies handled the St. Louis Cardinals by winning the series over the weekend and are within striking distance of the Wild Card. The Sixers Summer League/Party begins in Utah and Michael Rubin’s Hamptons property, respectively.

At the top, Marc talks about the Phillies. Specifically, Rhys Hoskin’s performance in June and so far in July. Is Hoskins overrated? Who is he? Hopefully, Hoskins can carry this team till Harper returns. If there were a time to lose the reigning NL MVP, it would be during a season in which the Phillies have gone over the luxury tax to counteract any injuries. Still, Farzy waits to see the best of Nick Castellanos. Let’s all hope the Phillies take care of business against the Nationals.

Next, Farzetta touches on former 76ers minority owner Michael Rubin, who threw a “white party” over the weekend. The party featured Meek Mill singing ‘Dreams & Nightmares’ while Joel Embiid, PJ Tucker, and James Harden danced together. Tonight at 7 PM, the Sixers Summer League squad gets things underway in Utah. In the end, Farzy loves seeing an uplifting Sixers story. Moreover, Marc highlights the contention he faced by not respecting Kevin Durant on a certain level.

Additionally, Farzy fondly recalls the career of former Eagles DT Beau Allen, who retired over the weekend. Hollis Thomas told Farzetta how hype he was for Allen coming to the Eagles. Beau Allen’s nickname was “Fat Thor.”

Finally, Steak & Main sponsors the chat check on Social Media, answering all the fans’ comments and concerns about Philly sports. The fans have mixed reviews on Phillies’ first baseman Rhys Hoskins. One fan compares Rhys to the second coming of WS Champion Pat Burrell. Then, Marc and the fans talk about some baseball announcers. Overall, Farzy wants the Sixers to have a great bench they can rely on in the upcoming season.

On the Morning Rush, brought to you by Sky Motor Cars, the Phillies and Nationals get things underway with a 7:05 PM start time. The Phillies are shorthanded in the SP position, so southpaw Christopher Sanchez gets the call-up against Paulo Espino for the Nats. Now, the Phils are one game out of the Wild Card.