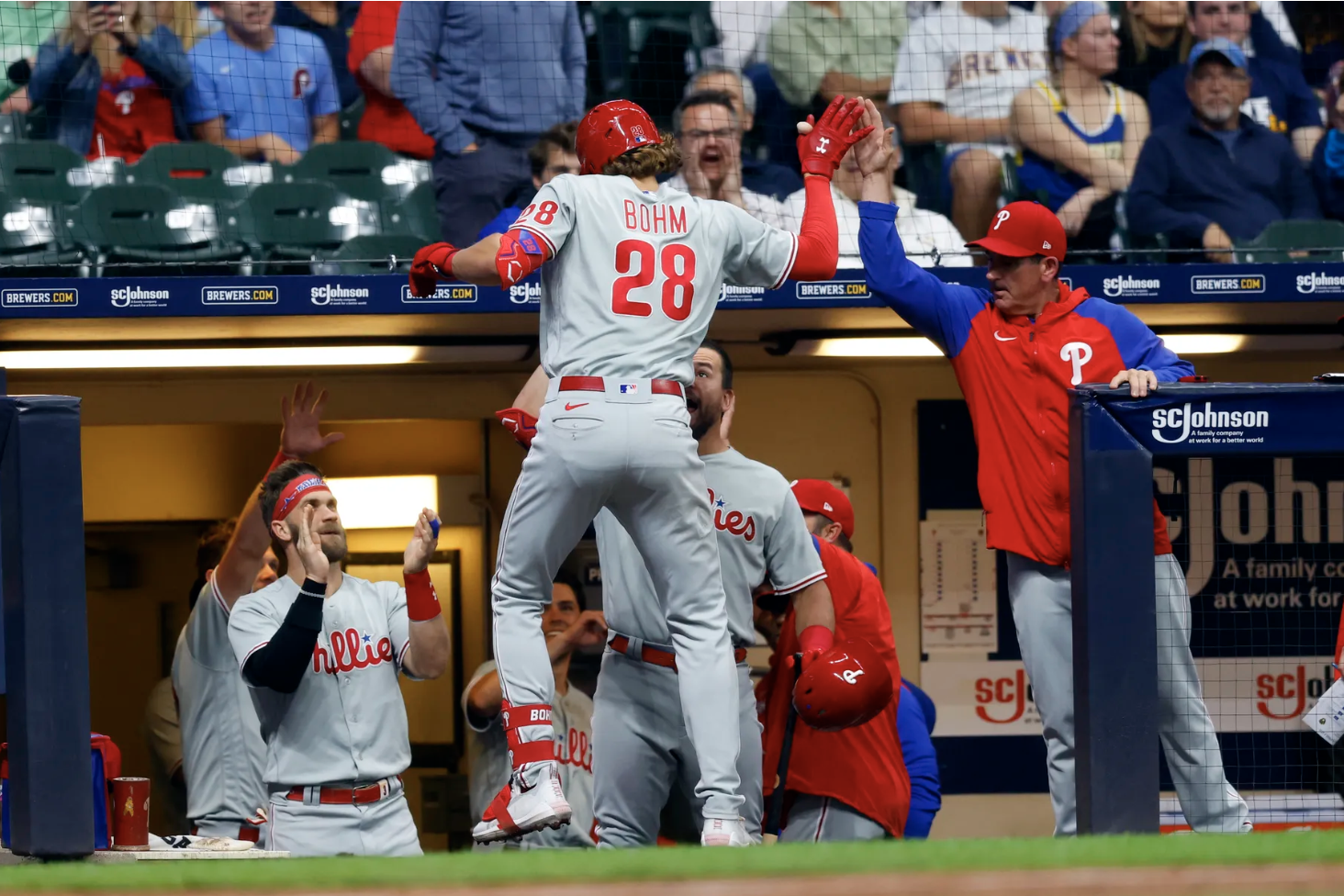 *ahem, British Accent engaged* Good Morning, what a lovely day it is.

Welcome back to The Farzy Show with Marc Farzetta. Marc is back from his globetrotting vacation to talk all things in Philadelphia Sports with fans worldwide. On today’s show, Dave Shaw from @UKPhillies makes his triumphant return to the City of Brotherly Love and return to the show. In the end, Marc and Dave seemingly switched places over the last week, and it paid off. The Phils win, and Marc had a successful EuroTrip!

At the top, Marc discusses the environment or vibe that interim Phillies manager Rob Thomson has injected into this ballclub. The Phils are 5-0 in their last five games and 4-0 under Thomson’s leadership. In the past, these Phillies players might not have gelled well with Kapler or Girardi, but maybe Thomson is the new life this team needed. The way this team operates under Thomson by consistently playing the younger players pays off when they are winning games. Phillies’ third baseman, Alec Bohm, said that players are not worried about statistics or trying too hard. They are playing as a unit and trying to win games as a team.

Next, the Phightins’ started a three-game set against Milwaukee Brewers. Down 2-1 in the top of the ninth, Alec Bohm mashes a homer to tie the game and hand Josh Hader his first blown save in almost a year. Then, Matt Vierling pinch hits for Mickey Moniak, for mate-up purposes, and belts a homer to give the Phils the lead. However, we are talking about the Phightins here; Corey Knebel comes in and makes it interesting but does acquire the save. Overall, the Phils win 3-2 and take history away from Josh Hader. Marc and the Phans see a huge weight lifted off their shoulders in their attitude toward play.

Then, on the Rothman Orthopedic Guest Line, Dave Shaw of UK Phillies returns to the show to discuss all things Philadelphia Phillies. Dave expounds on his favorite moments at the Bank this past week. The UK native had a truly euphoric experience of going 4/4 in Phillies games. Shaw experienced batting practice, players, and talking with the media and the fans. Marc and Dave agree and hope that the firing of Joe Girardi keeps the positive vibes going for the rest of the season. Hopefully, Dave Shaw will return to Philadelphia for some October baseball.

Finally, the Steak & Main sponsors the chat check on Social Media, answering all the fans’ comments and concerns about Philly sports. The audience welcomes Farzy back to the chat check. Marc dives into some anecdotes and localisms of his trip to the UK and Europe. The Phans believe that this team has an energy about them. However, the manager is responsible for the tone and atmosphere of a team, and firing Girardi needed to happen.

On the Morning Rush, brought to you by Sky Motor Cars, Jalen Hurts, according to Nick Sirianni, looks like a completely different QB mechanics-wise. The Phillies are back tonight at 8:10 pm with Aaron Nola on the bump against Milwaukee’s Adrian Houser. Hopefully, Rob Thomson’s Phils win again. Meanwhile, Game 3 of the NBA Championship will be at 9 pm in Boston between the Celtics and the Warriors.