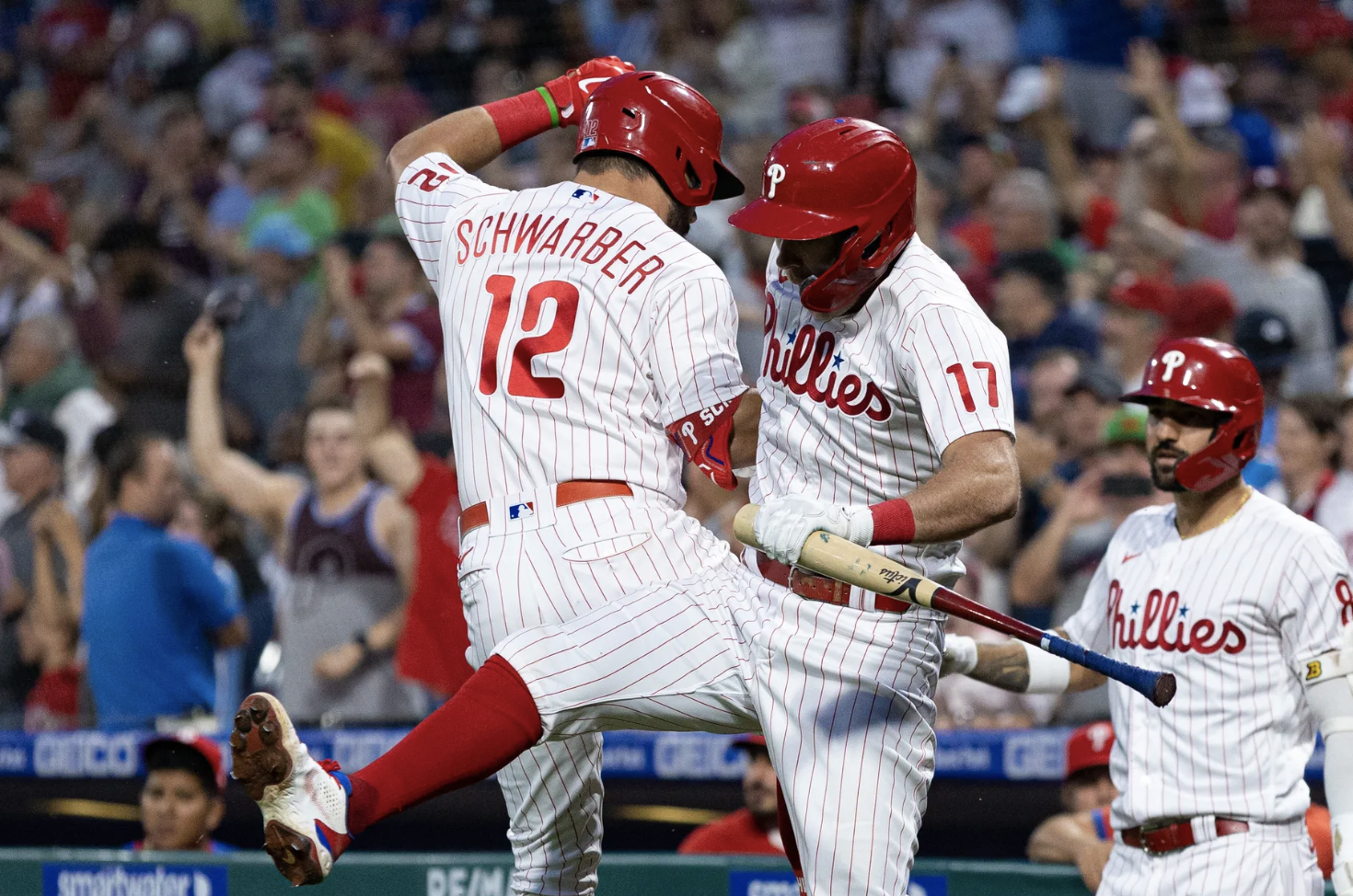 It is Thursday Morning, and Marc Farzetta is doing the show live from across the pond in merry old England! The Farzy Show with Marc Farzetta is joined by former Philadelphia Eagle and co-host of the Q & A Podcast for Inside the Birds Quintin Mikell. The globetrotting host is outside The Prince’s Head bar, where they film Ted Lasso for today’s show. Marc highlights the Phils’ win over the Giants last night.

To start, Marc talks about the Philadelphia Phillies’ 6-5 win in the finale against Gabe Kapler’s San Francisco Giants. Aaron Nola gave up the five runs because of mistaken locations for his pitches. Nick Maton came up, laid down a beautiful bunt, and hit a two-run homer later in the game. Maton had a month-long tear last year and has excelled so far in the minors to warrant the call-up. Additionally, Kyle Schwarber hits his 12th home run of the season to compound the comeback against the Giants. Surprisingly, the Phils’ bullpen managed not to yield the lead.

Then, on the Rothman Orthopedic Guest Line, Quintin Mikell, former Philadelphia Eagle and co-host of the Q & A Podcast for Inside the Birds, joins the show to talk all things Eagles. Mikell believes that on a scale of 1-10, the Eagles’ secondary is a seven right now with Slay and Bradberry. If the Birds can get Bates out of Cincinnati, then the secondary will be 10-10. Quintin is hesitant about how the Eagles’ defensive scheme becoming less entertaining and more rigid.

Next, Mikell wants to see how Nakobe Dean and Haasan Reddick play for the Birds. Marc and Quintin think that the pressure is on Jalen Hurts, but at the same time, he has been through this before. Farzetta believes that Hurts’ mindset is his greatest strength to carry him throughout the season. On the other hand, Mikell thinks Hurts needs to be more accurate with his throws and reading defenses.

On the Morning Rush, brought to you by Sky Motor Cars, the first game of the NBA Championship will be played in the Bay area between the Golden State Warriors and the Boston Celtics. Game 1 tips off at 9 pm. The Phillies return Friday against the Los Angeles Angels.