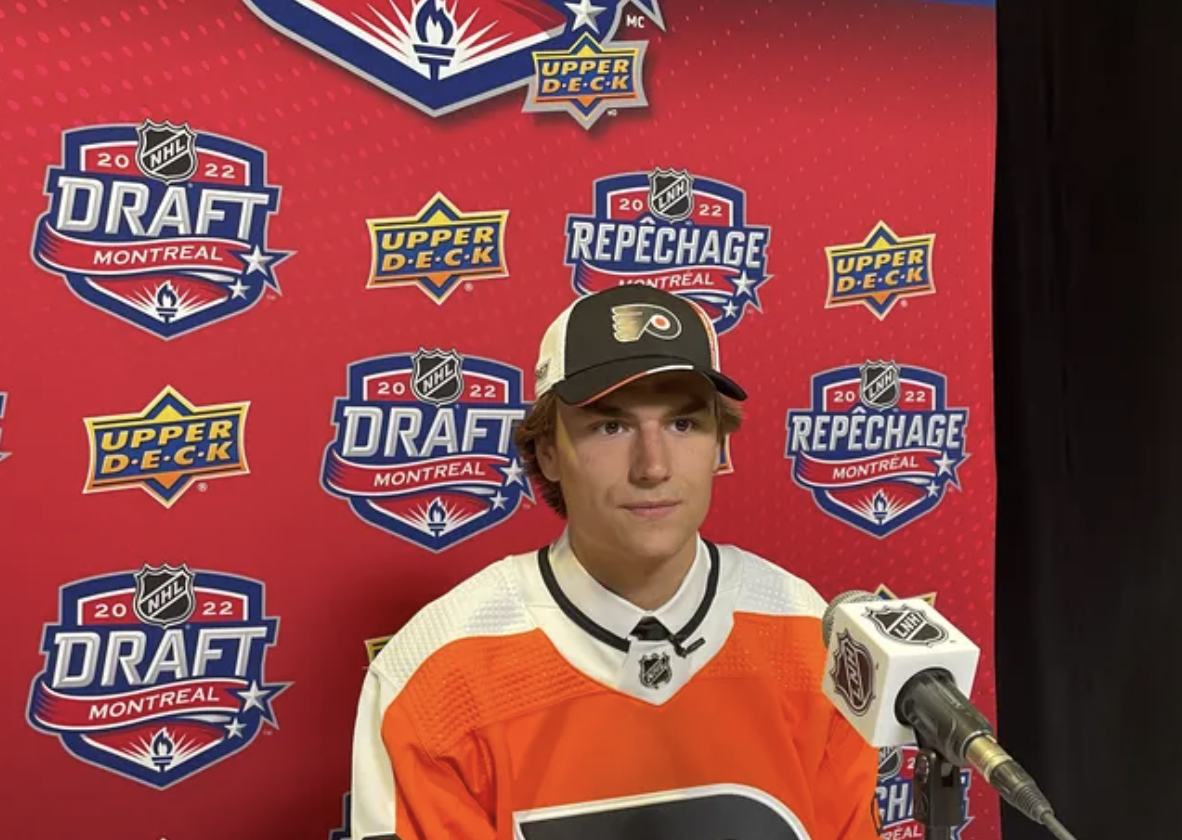 TGIF People! The Farzy Show with Marc Farzetta closes out the week with he, himself, ‘The Farzy.” The Philadelphia Phillies win the series against the Washington Nationals. Mickey Moniak got the start over Odubel Herrera, and the Phightins bullpen is on fire! The Phils have won 8/10 series under interim manager Rob Thomson. The Flyers draft Cutter Gauthier with the fifth overall pick in the 2022 NHL Draft. Sixers AC Sam Cassell runs a practice for Harden and Maxey during the offseason.

First and foremost, Farzetta begins discussing the Phillies’ win over the Nationals in the finale. The pleasantly surprised host smiled in glee seeing Mickey Moniak in the lineup over Odubel Herrera. Marc knows Moniak will give the Phils competent CF defense; he needs to get consistent at-bats to compound the defense. The Phillies won the game 5-3 against the Nats, thanks to a whole team effort. The first two innings carried some worry and hesitation, but the Phightins clawed back to win the finale. Darick Hall has torn up opposing pitchers in his MLB debut for a Phillies lineup that desperately needed more pop.

Furthermore, the Phillies bullpen has been electric over the past couple of weeks. In yesterday’s ballgame, the star of the bullpen was Jose Alverado. In particular, Alverado managed to strike out a Washington side that included Soto, Cruz, and Bell. Over the last 14 games, the Phillies relievers limited opposing batters to a .107 BA and pitched a 0.78 ERA, with 55 SO in 46.0 IP. Also, the bullpen has only yielded 10 walks! Hopefully, the Phils can keep winning despite the injuries.

Next, Marc dives into the Sixers Summer League. Jaden Springer has worked hard over the past year and shows his aggressiveness. While scoring the game-winner, Isaiah Joe shows impressive scoring ability and will likely make the NBA roster again. More technical difficulties continue to plague The Farzy Show. Moreover, Harden and Maxey were featured on TikTok training with Sam Cassell despite Harden not officially signing with the Sixers. Overall, it is nice to know that an athletically healthy and conditioned James Harden will return by the start of the NBA season.

Then, Farzy takes some time in the penalty box to highlight the Flyers’ draft. The Philadelphia Flyers drafted Cutter Gauthier with the fifth overall pick. Gauthier has some Philly connections on his mother’s side and plays wing with an ambidextrous ability. Unhappy with the draft, Marc dives into the Flyers not drafting a defenseman or trading for Alex DeBrincat. Philadelphia needs good hockey, and it seems that the organization is investing long-term. This wait seems to indicate less competition and more losing.

Moreover, Chuck Fletcher might not have much time to build a winner. Equally important, the Flyers cannot waste the prime of GT Carter Hart. Overall, Farzetta is not a fan of the NHL Draft system because it takes players too long to get to the league. The Ed Snyder days of winning now are gone, but how will this affect Philadelphia Hockey in the future?

Finally, Steak & Main sponsors the chat check on Social Media, answering all the fans’ comments and concerns about Philly sports. The fans express their dislike for Bailey Falter. However, Farzetta believes the Phillies need to give Moniak a chance. Why won’t they give a first overall pick a chance? Is Long Ball Hall legitimate? The fact that Hall hit 20+ HR in Reading and Lehigh Valley indicates he is ready for the MLB. The fans and Marc discuss the future of the Flyers.

Last but not least, on the Morning Rush, brought to you by Sky Motor Cars, the Phillies return with Game 1 in St. Louis with an 8:15 PM start time. Zack Wheeler vs. Adam Wainwright will make for a humdinger match-up in Gateway City. The battle of the NL Wild Card begins tonight! Go Phils!