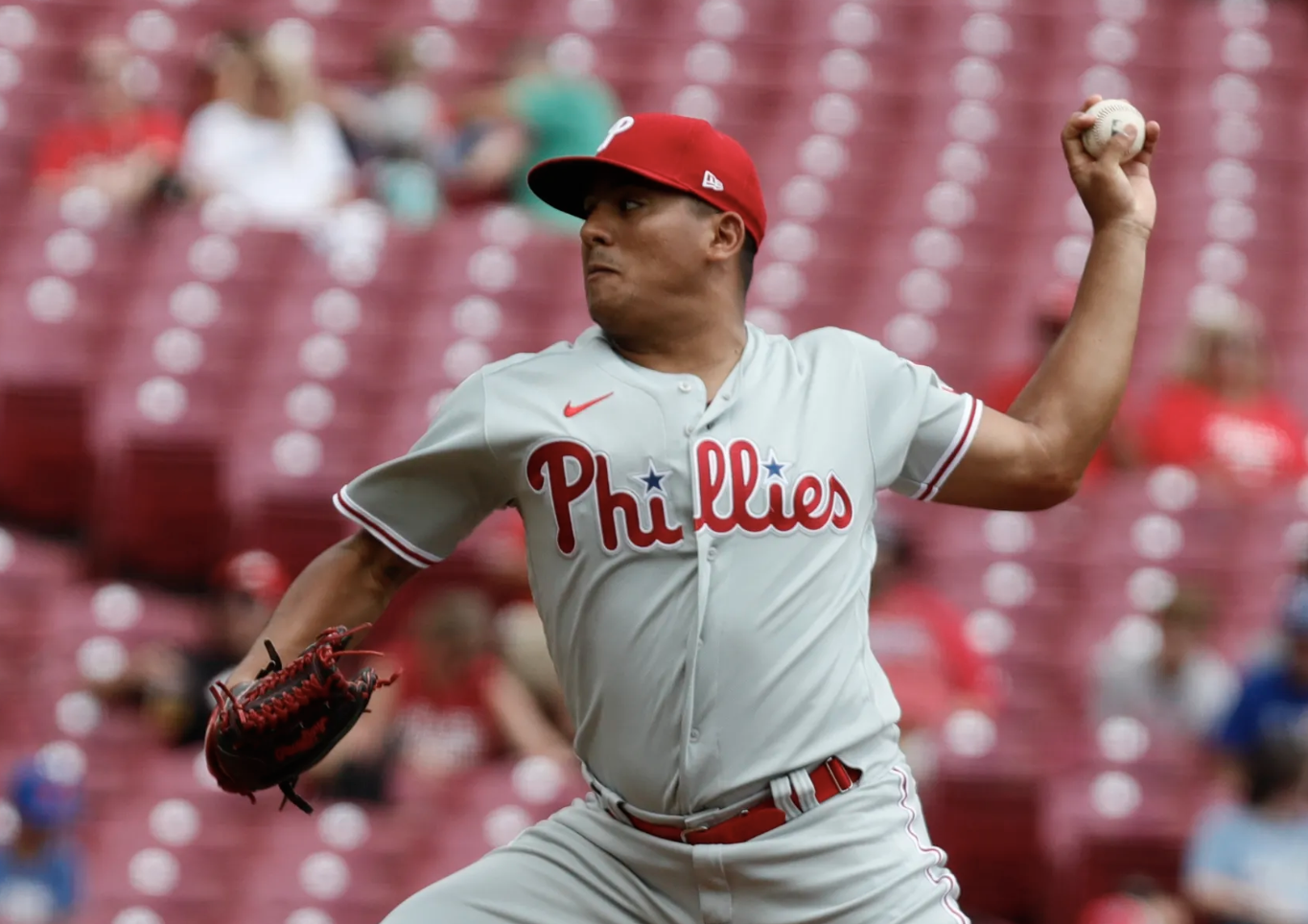 TGIT Sports Phans! One more day till the weekend, but here is another episode of The Farzy Show with Marc Farzetta. The Reds’ rookie pitcher Nick Lodolo silenced the Phillies’ bats in Cincinnati’s 1-0 win. On the bright side, Ranger Suarez pitched seven no-run innings. The Eagles are in Cleveland, joining the Browns for a joint practice. Philadelphia’s favorite former Sixer Ben Simmons gets heckled. The NBA Schedule is announced with fantastic matchups for the Sixers.

First and foremost, the Phillies bats were not to be heard or seen in the finale against the Reds. Apparently, the Phillies cannot score runs behind good pitching outings. Speaking of pitching, Ranger Suarez has been incredible for the Phillies. Since August 2, 2021, Suarez has had one of the lowest ERAs amount NL pitchers for over a year now. Marc highlights how efficient Ranger Suarez was in yesterday’s ballgame. Unfortunately, the Phillies left too many ducks on the pond, and the reds pushed one run to snag the win.

Furthermore, Rob Thomson thinks there will be a time when the Phillies beat the Mets. He recites an anecdote of the 2009 Yankees who could not beat the Angels all season, then come playoff time, they beat them. Back in ’09 is a phrase Phillies fans never want to hear. This weekend series against the Mets might be that time. Kyle Schwarber should be back in the lineup by Friday. Also, Bryce Harper continues to take live batting practice. The Phillies are off today before starting the four-game set with the Mets tomorrow.

Next, Farzy discusses the Sixers’ schedule for their upcoming campaign. The Sixers will start the year off against the Celtics and the Bucks back-to-back. Also, there are 23 Nationally Televised games involving the Sixers this season. This means that the NBA believes Philadelphia and the Sixers to be a marquee event. Marc thinks that the Sixers will win the Eastern Conference. The Nets will trade KD out of the division.

Additionally, Marc dives into the fan heckling Ben Simmons in a candy store, comparing him to Russell Westbrook. He talks about this fan making viral heckling videos of famous NBA players. Farzy goes off on a tangent about malls being completely empty. The Ben Simmons saga is over, but the former Sixer receiving heckling remarks is hilarious.

Then, Farzetta dives into the joint practice between the Eagles and Browns. He discusses Elliot Shorr-Parks’ poll about the Eagles’ record over the next two practices. Players will be competing for roster spots through their performance against another team. Miles Sanders has a slight hamstring injury, which is worrisome. However, Kenneth Gainwell is the backup and has not been sharp this preseason, so he should take all the reps until Sanders is ready. Farzy touches on the JJAW trade and the 3rd WR battle between Watkins, Paschal, and Reagor. Overall, the new acquisitions must flourish in their positions to make the Birds successful.

Moreover, BlueChew sponsors the chat check on Social Media, answering all the fans’ comments and concerns about Philly sports. The fans and Farzy agree that they loved seeing JT frustrated after his at-bat. He needs to hit in those situations. Farzetta talks about the worst job he ever had in radio. Then, the fans discuss Gannon and his Eagles scheme.

Finally, on the Morning Rush by Sky Motor Cars, the Birds start their preseason practice with the Browns today at 1 PM. The Phillies return Friday against the Mets in Philadelphia this time.