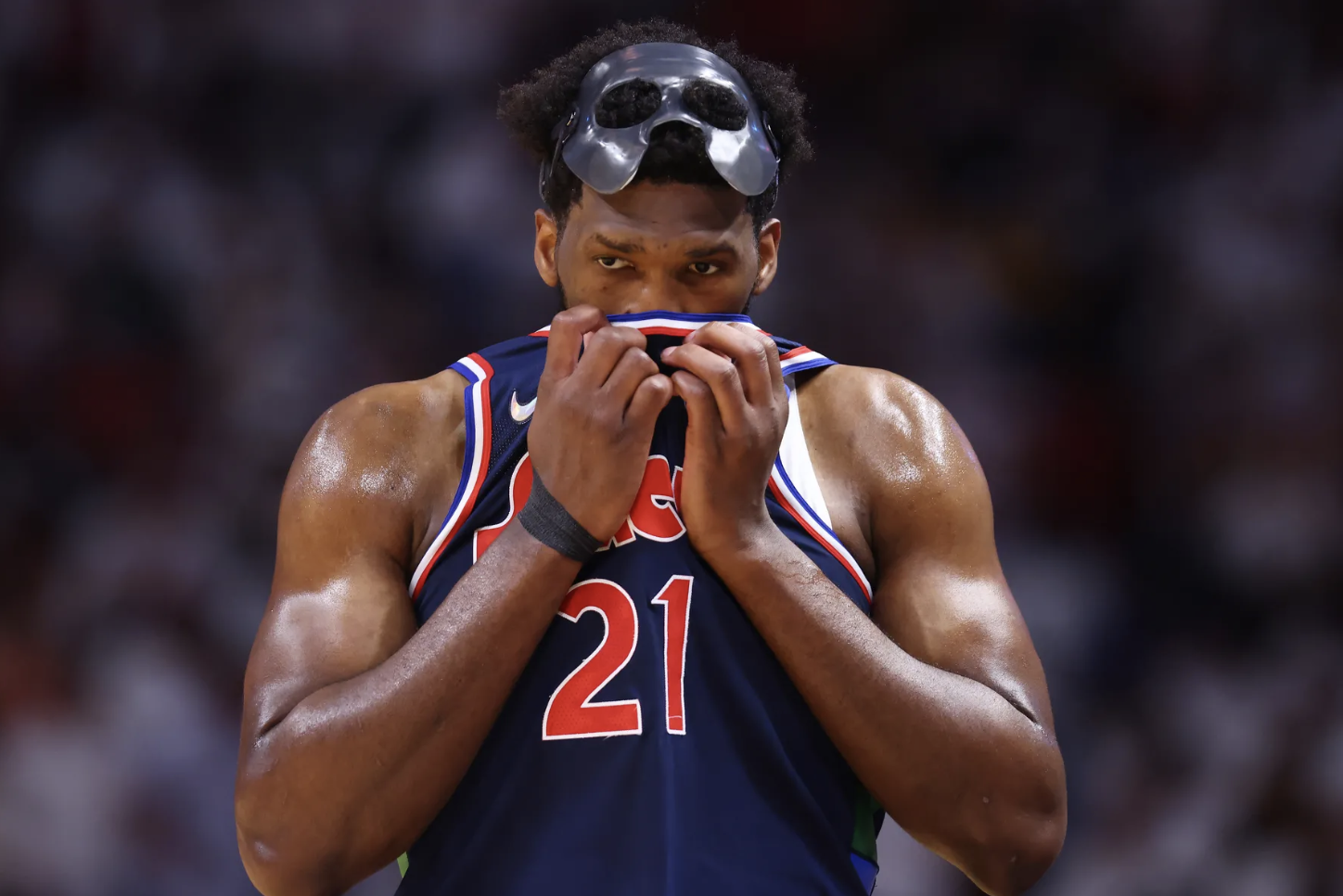 It is hump Philly Sports fans, and The Farzy Show with Marc Farzetta is back like it never left, bringing you all the updates, takes, and predictions for all the hometown teams. The Sixers lose to the Heat, while your Phillies drop game two against the Mariners. The Farzy Show streams live Monday through Friday at 6 AM from the Steven Singer Studio, sponsored by Destination Retirement.

To begin, Marc gets into the absolutely abysmal performance by the Sixers in last night’s game. The Sixers got smoked by the Miami Heat in Game 5, score: 120-85. Joel Embiid was not playing up to snuff with the mounting injuries. How can this supporting cast not back him up? Maxey, Harden, Harris, and Green were nowhere in this game. No one should have expected a repeat performance from James Harden so quickly after the Game 4 victory.

Next, the Phightin Phils drop the second game of a three-game set to the Seattle Mariners, losing 5-4. Aaron Nola pitched decently, but it was not at his best stuff. The Phils could not climb back while making four errors in the game. One of which was an out resulting in an error on a ball that knocked out Rhys Hoskins’ glove making the runner safe. Apparently, this play was unreviewable, which inevitably caused an irate Joe Girardi to get thrown out of the game.

Then, on the Rothman Orthopedic Lockerroom Report, Farzy looks at the postgame interviews with the Sixers. Doc Rivers does not know whether to watch the tape or “Burn the Tape,” maybe they should watch it first, then burn it. It is disgraceful how they played in Game 5 of a playoff series. Joel Embiid and Tobias Harris look exhausted and melancholy, encapsulating their energy from the game. The Sixers did not fight and had no energy from the start of the game. Embiid did everything he could, and sometimes your body does not do what you need it to do, especially when you are playing hurt. Joel needs to stay within himself. The Philly fans will show up strong for Game 6 in Philadelphia.

Finally, The Steak and Main sponsors the chat check on Social Media, answering all the fans’ comments and concerns about Philly sports. Farzetta does a slight rehash of “The Process” and how it has not panned out after 5 GMs, losing two First Round picks, and almost drafting Giannis. Philly Sports hurts sometimes. The Sixers need heart. Show the team video of the 2001 Iverson Sixers, and you will see what playing with heart is. Where is Matisse Thybulle in all of this?

On the Morning Rush, brought to you by Sky Motor Cars, the Phillies are now 13-17 on the season and play the rubber match today with a 3:40 pm start time, and Bailey Falter will be the opener against Logan Gilbert. The Sixers will be back tomorrow evening in South Philadelphia for a Game 6 tip-off at 7 PM. Let us hope for more Philadelphia wins to finish out the rest of this week.