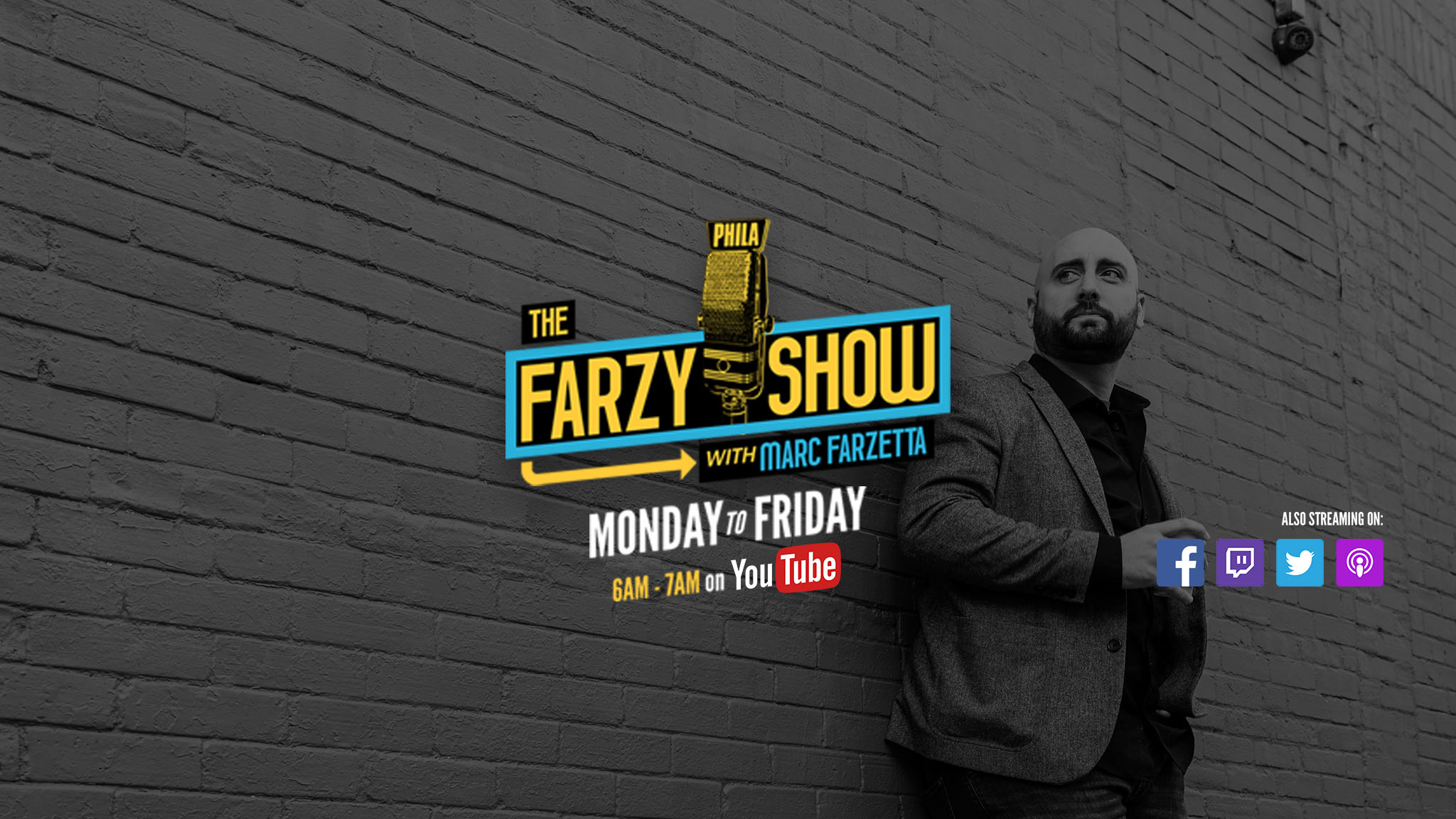 Farzy is up and at em this morning on The Farzy Show with Marc Farzetta talking about all things Philadelphia Sports in a new episode live from Steven Singer Studios.

Marc gets into the Philadelphia 76ers’ abysmal loss to the Toronto Raptors. The Raptors seemed to do whatever they wanted and took advantage of injured Joel Embiid and the lack of play from the Sixers supporting cast. Joel Embiid is screaming from the top of a mountain, “Help,” trying to close out this series! Game 5 was all about dumb plays and turnovers that killed the Sixers and maybe some fishy officiating, but not the reason they lost.

Will Embiid get the return of an adept Matisse Thybulle, energized Tyrese Maxey, or a dominant James Harden performance? Game 6 will tell the tale. So, tune in on Thursday at 7 pm when the Sixers return north of the border to face off against the Toronto Raptors.

Next, on the Rothman Orthopedic Lockerroom Report, Farzetta discusses the Sixers’ postgame interviews and their take on the Game 5 loss against the Raptors. Doc Rivers admitted there was nothing the Sixers could do right in this game. The Raptors controlled the game’s pace and took advantage of both ends of the court. Joel takes responsibility for his inefficient defense and knows he has to do better. At the same time, the other guys need to step up. Embiid says it is Doc’s job to get Harden to take more shots and be aggressive. Farzy questions the need for a more aggressive James Harden. Can the Sixers close out this series?

Then, on the Steak and Main chat check, Marc answers all the fans’ comments about Philly sports. “The Beard” might not be the answer. Harden might need to step aside for the other starters to take over the mantle. Is he worth the extension? Darryl Morey would not have made this deal for a rent-a-player, but Harden is not playing like he deserves an extension. How do you look at the quality of play and say, “200+ million, sign here?”

Not only could the Sixers not close out the series, but the NFL Draft and Game 6 will be on at the same time!? Don’t worry, folks. Marc Farzetta is a professional. He can worry about the Sixers playing well and wonder how Howie will mess up the draft for the Eagles?

Finally, on the Morning Rush, brought to you by Sky Motor Cars, letting you know CJ Perez out of Temple University will be joining the show tomorrow morning. Farzy announces his final NFL Draft desires by the Birds. Hopefully, Howie has Jordan Davis iDL, Georgia (Make it Happen), Devin Lloyd, LB, Utah (Make it Happen), and the Farzy Favorite, Derek Stingley Jr., CB, LSU, on his radar.

The Phils bats heated up in an 8-2 victory over the Colorado Rockies at Citizens Bank Park to give the City of Brotherly Love a win last night. Zach Eflin takes the mound for the Phillies tonight at 6:45 pm, so tune in.