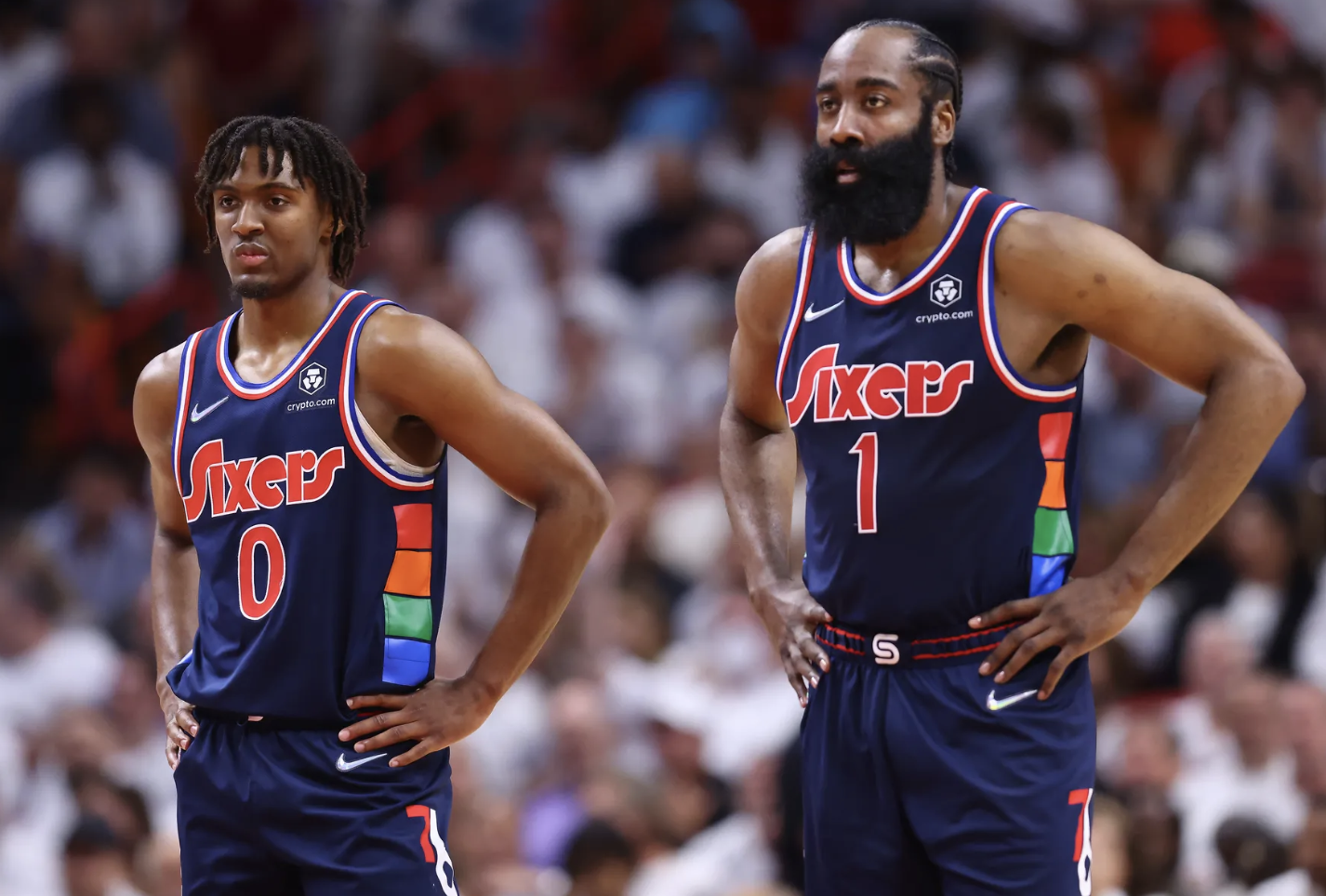 Welcome back, Philly Phans, to The Farzy Show with Marc Farzetta! It is hump day in the City of Brotherly Love, where The Painted Lines Thiago Scabbia joins the show to discuss all things Sixers. Today, Farzy will talk about the Phillies killing the positive vibes of a great road trip by dropping the opener.

First and foremost on The Farzy Show, Marc discusses the abysmal Phillies defense in yesterday’s ballgame against the San Diego Padres. Bryson Stott, Odubel Herrera, Kyle Schwarber, and Roman Quinn all bumbled the baseball on the field. Additionally, all four of these “Major Leaguers” went hitless, with Schwarber achieving the infamous Golden Sombrero with four strikeouts. Schwarber is hitting .183 with .288 OBP, which is nothing to write home. Zach Eflin pitched incredibly and did not get any run support whatsoever. Meanwhile, Bryce Harper did not play in the 3-0 loss to the Friars, but hopefully, he returns tonight or tomorrow for the Phils. The next ten games against the Padres, Dodgers, and Atlanta are critical for the Phillies’ season.

Next, Farzetta gets into the Sixers’ need to make something happen next season. Marc talks about “The Process” legacy. How do 3.5 years of terrible basketball lead to multiple postseason appearances where the Sixers cannot even make it out of the second round. If Doc Rivers actually returns as the head coach is up in the air. Unfortunately for Doc, he seems to have lost the locker room. Then, Marc touches on Jimmy Butler’s success and performance against the Boston Celtics in the ECF. Butler joined Harden, Jordan, Iverson, and James as a player who scored 40 points in a game in each round of the playoffs. That guy used to be a Sixer! How did we let him go?

Then, on the Rothman Orthopedic Guest Line, Marc Farzetta is joined by The Painted Lines’ own Thiago Scabbia. Marc and Thiago get into the article about challenging Doc River’s job as the head coach of the Sixers. Scabbia accepted the challenge and discussed wasting Joel Embiid’s prime and Rivers’ poor playoff moves with the backup center. Doc Rivers utilized the strong pick and roll with Embiid and the Sixers during the regular season but changed to ISO in the playoffs. Thiago says this is the MO of Doc Rivers that goes back to his Clippers days.

Consequently, Marc and Thiago dip into the James Harden factor and whether or not the Sixers need another star. Scabbia highlights Doc Rivers’ disregard for the younger players. Moreover, Rivers finds reasons not to play Isaiah Joe and Charles Bassey, who should be playing over Furkan Korkmaz. Thiago Scabbia thinks Quinn Snyder would be an excellent replacement for Doc if the opportunity presented itself.

Finally, The Steak and Main sponsors the chat check on Social Media, answering all the fans’ comments and concerns about Philly sports. Marc discusses the possible replacements of Doc Rivers being Sam Cassell, David Joerger, or Dan Burke. Nevertheless, Farzy still believes Cassell would be an intriguing hire. The chat all agreed that Jimmy Butler was the one who got away.

On the Morning Rush, brought to you by Sky Motor Cars, the Phillies look to bounce back in game two of the series against the San Diego Padres. Zack Wheeler will get the start tonight at 6:45 pm for the Phightin Phils against southpaw Blake Snell. The Dallas Mavericks and the Golden State Warriors play Game 1 of the WCF at 9 pm tonight in the Bay.