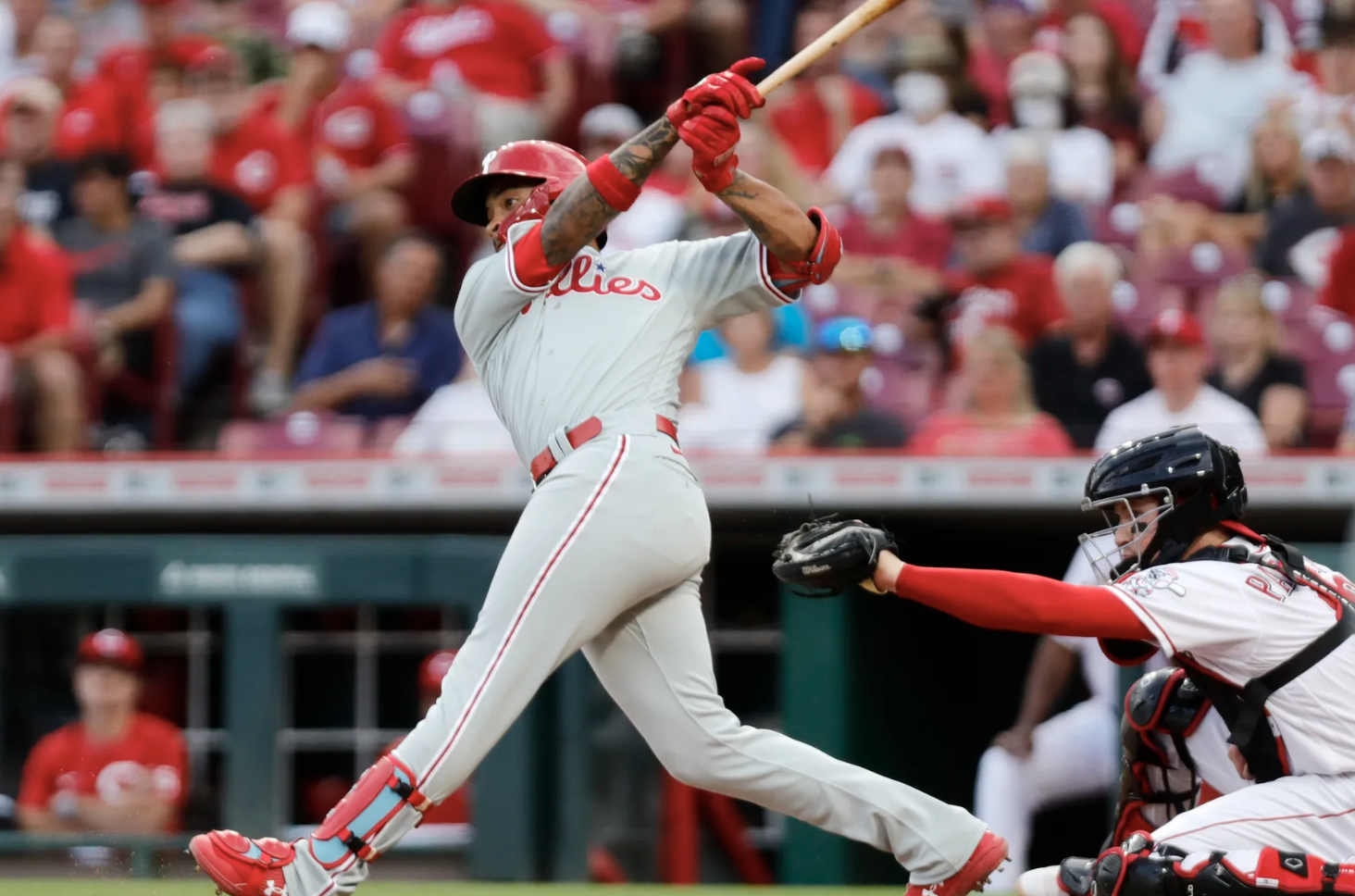 We are back with another edition of The Farzy Show with Marc Farzetta! The Phillies bounce back from the tough weekend, taking Game 1 against the Cincinnati Reds. The Phils won 4-3, thanks to Edmundo Sosa! The Eagles trade newly-converted TE JJ Arcega-Whiteside to the Seattle Seahawks for DB Ugo Amadi. Kevin Durant responds to the rumors about him leaving the Nets or retiring. All things and more on this episode of The Farzy Show!

First and foremost, Marc discusses the Phillies’ 4-3 win over the Reds. Noah Syndergaard had himself a day, allowing 8 H in 7 IP,  6 SO, 0 BB, 3 ER, and 3 R. Out of the 77 pitches Thor threw, only 17 were outside the strike zone, which is elite. This outing was Syndergaard’s best in a Phillies uniform. In addition, Edmundo “Eddie” Sosa went 2/4 with 3 RBIs to give the Phils the lead and inevitable win. Bryson Stott, JT Realmuto, and Nick Castellanos all acquired multi-hit games. In the end, Robertson and Dominguez took care of the last two innings to get the hold and save. Simultaneously, Bryce Harper took live BP at Citizens Bank Park. Dave Dombrowski said it would not be out of the realm of possibility for Harper to return by September 1st.

Next, Farzy talks about some Philadelphia Sixers news. There was a report that Kevin Durant would rather retire than play for the Brooklyn Nets. KD took to Twitter himself to clarify the inaccuracies of this claim. Farzy prefaces that the Sixers would not be able to have Maxey and Durant on the same team. It will be incredible if the Nets accept Furkan Korkmaz and two second-round picks for KD. The only shot for the Sixers to get KD is if he throws enough of a fit to lower the asking price. Also, Ben Simmons and the Sixers reached an agreement regarding losing $20 million from not playing last season.

Then, Farzetta talks Philadelphia Eagles with the fans. The Birds traded JJ Arcega-Whiteside to the Seahawks. This trade provides the Eagles with more depth at defense and rids them of unnecessary players. The Birds will be heading to Cleveland for a joint practice and eventual preseason game against the Browns. Marc breaks down Jalen Hurts’ defensive read that led to the TD pass to Dallas Goedert. The Eagles showed their loyalty to their QB when he was tackled poorly by the Jets and reciprocated defending their Hurts.

Furthermore, BlueChew sponsors the chat check on Social Media, answering all the fans’ comments and concerns about Philly sports. Fans are happy to see JJAW gone. Farzy and the fans highlight that Bryson Stott got three hits at the lead-off spot. The chat believes that if KD comes to Philly, Farzy needs to sport the handlebar mustache for the season’s first game.

Finally, on the Morning Rush by Sky Motor Cars, the Phillies are back at it in Cincinnati against the Reds at 6:40 PM. Kyle Gibson will face off against TJ Zeuch. Hopefully, more news on the Eagles’ preseason and the possible acquisition of Kevin Durant to Philadelphia.

Link for the Episode