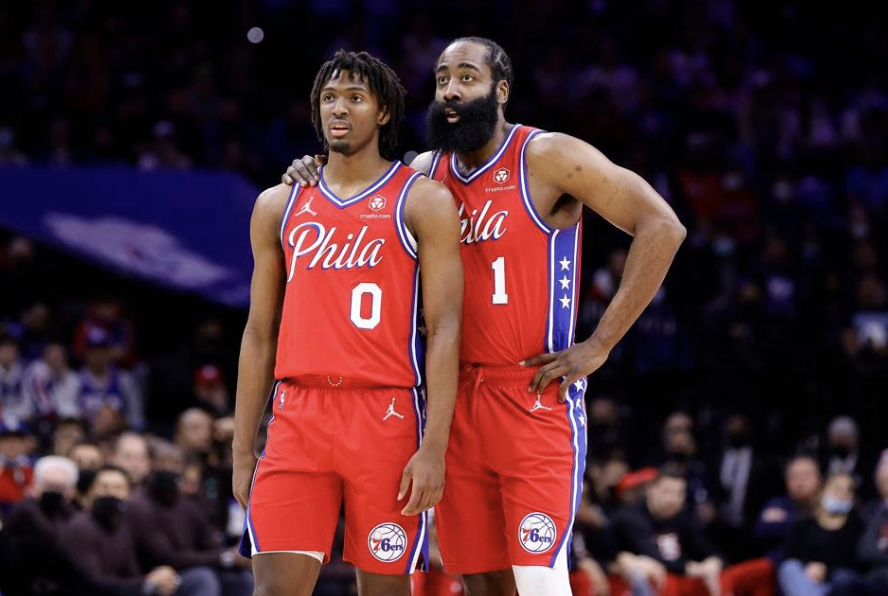 Welcome to The Farzy Show with Marc Farzetta, joined today by Bucks County Currier Times basketball correspondent Tom Moore. Moore and Farzetta discuss the Sixers offseason outlook. The Phillies lose Game 2 and the series against Atlanta. The offense was nonexistent, while rookie Darick Hall made his debut as DH in the clean-up spot! The Phillies show desperate times and call for desperate measures to ignite the offense.

First and foremost, Marc talks about Philadelphia basketball. Specifically, James Harden’s opt-out to create financial flexibility for the Sixers. With this move, Daryl Morey and James Harden could save the Process and the Sixers. The Process is still alive; hopefully, this organization will not waste the small window of opportunity.

Next, Farzy discusses the Phillies’ loss to Atlanta and the overall confusion with this team. He highlights the homerless Nick Castellanos and the lost-looking attempts of Mickey Moniak. If Castellanos cannot snap out of it, he will need to sit. Mark Appel made his debut nine years after being chosen 1st Overall in the 2013 MLB Draft. Moreover, Marc touches on some Philadelphia Eagles talk before today’s interview.

Then, on the Rothman Orthopedics Guest Line, Bucks County Currier Times correspondent Tom Moore discusses the Sixers Offseason. Marc and Tom admire James Harden’s decision to renegotiate his contract for less money. This move allows the Sixers to have financial flexibility. Hopefully, the Sixers will use it to bolster the roster to win a championship. Moore believes the Sixers still need a couple of wings and another shooter to round out the roster. Tom Moore educates Farzy on the salary cap and all the numbers that go into the Sixers payroll.

Furthermore, Moore believes the Sixers would be in the playoffs if all the rumors and current players stay. In the upcoming season, Philadelphia will have a less flawed basketball team. Moore believes Maxey’s defense as a second-year starter and Harden as a facilitator/PG need to do more. Overall, Harden’s contract will need to be finalized before the Sixers make any other FA deals. In the end, Farzy and Tom love the return of the Iverson-era Black Sixers Jerseys.

Finally, the Steak & Main sponsors the chat check on Social Media, answering all the fans’ comments and concerns about Philly sports. The fans discuss their mixed feelings on keeping James Harden. The audience wants to know if they will get Colorado Farzy or Kayak Farzy? Then everyone discusses the best Philly sports jerseys. The need for a legitimate centerfielder is a must for the Phillies by the deadline.

On the Morning Rush, brought to you by Sky Motor Cars, the Phillies and Braves have a 6:05 PM  start time for the finale. Aaron Nola will take the mound against Ian Anderson to salvage the final game for the Phightins. Finally, Farzetta believes the Cleveland Browns are the dumbest organization in sports bringing in Deshaun Watson.