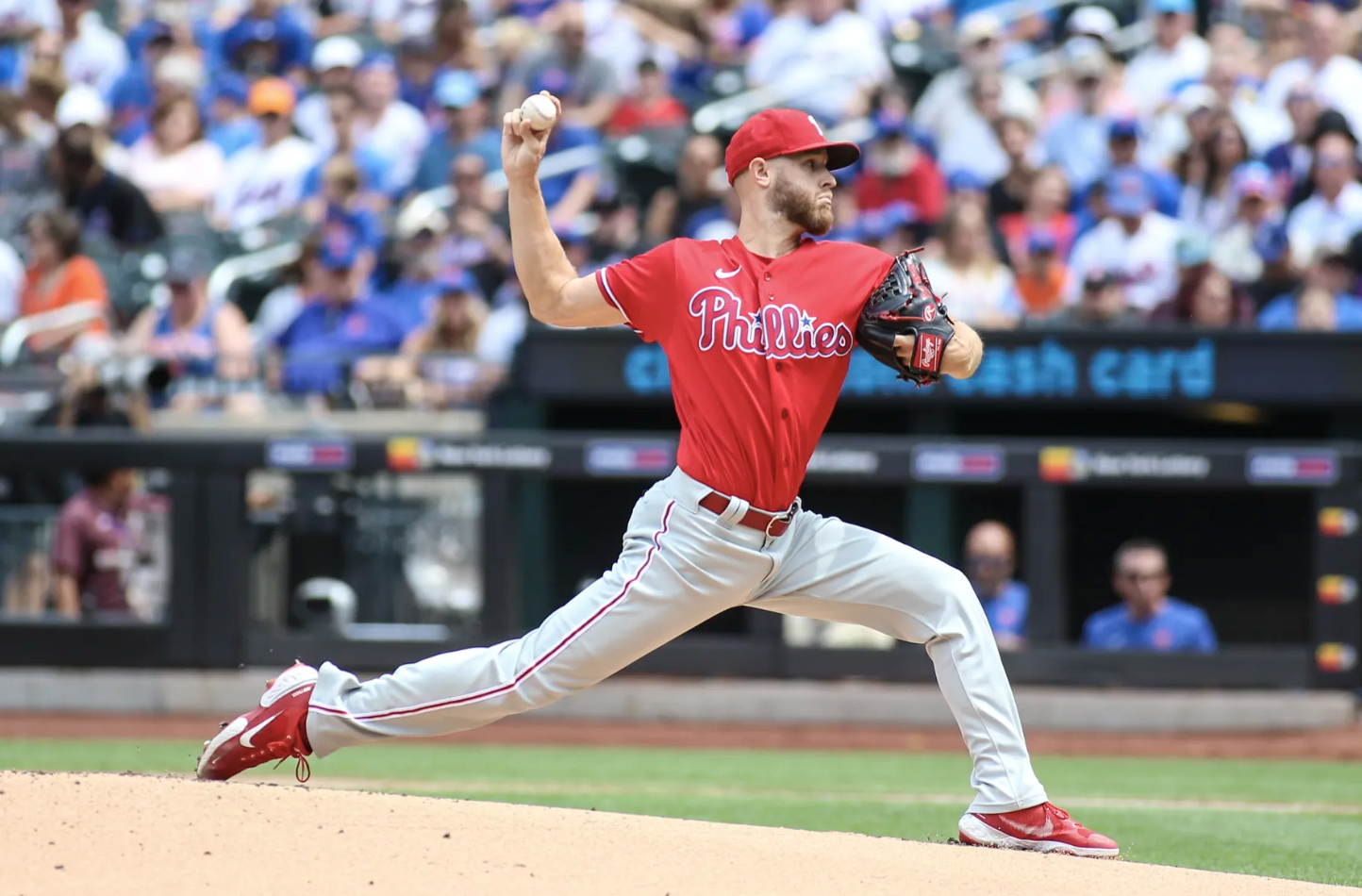 It’s Monday, Sports Fans! Welcome back to The Farzy Show with Marc Farzetta. The Philadelphia Eagles had their Preseason Opener against the New York Jets. The Birds lost 24-21, but the youth showed up big time. The Phillies lost the series against the Mets in Queens 1-2. Zack Wheeler loses the finale. Additionally, the Second game featured a pitcher’s duel between Nola and Degrom. All things and more on The Farzy Show!

First and foremost, Farzy discusses the Phillies series against the Mets. There were not a lot of bright spots, but Bryson Stott killed it! Stott reached base four times in a game against Max Scherzer, which had never happened before. In Game 2, the Phils had many opportunities to score but could not get a run. The worst part of the game displayed Nick Castellanos swinging at a pitch that clearly would have been ball four. Then, in Game 3, the Phillies did not score, and Wheeler got lit up. Overall, the Phillies did not get swept, but it was not a great performance offensively.

Furthermore, Marc identifies Jacob Degrom as one of the best, if not the best, pitcher in baseball. Rhys Hoskins said nothing has changed, and Degrom is still dominant. Rob Thomson told the media that the Phils had seen some excellent pitching from the Marlins and Mets series. Unfortunately, athletes try to do too much when the players see good pitching and runs are at a premium. Topper thinks the Phils need to get back to basics. Farzy hopes, for everyone’s sake, they get back on track. Marc stresses that the Phillies need to beat all the bad teams.

Next, Farzetta highlights the emergency show and the Eagles Preseason Game. Jalen Hurts was perfect! He threw 6/6 with 80 yds and 1 TD. Hurts had an outstanding performance in the pocket and made the plays. Farzy expresses his desire to see a QB be accurate and run when he needs to run. Then, Nick Sirianni has a famous *bleeping moment on the sidelines after a bad hit. The QB work from Hurts was consistent and impressed the fans. Farzy believes Jordan Davis to a man! Davis fought through a double-team and finished the play. Also, Nakobe Dean made nine tackles in the game and showed his dynamism.

Moreover, Marc highlights a fourth young member of the Birds gang in Cam Jurgens. Jurgens mimicked the same style of center-play as Jason Kelce. Hopefully, Jurgens can provide the continuations so that the Eagles do not have to worry about the center position for years to come. Sirianni talks to the press regarding Jalen escaping the pocket. Farzy loves the movement and the TC pass to Goedert. Also, Marc discusses the joint practices between teams.

Additionally, Farzy gets into some basketball talk. Harden and KD are practicing together in Barcelona. Tyrese Maxey’s brilliant reputation is spreading like wildfire across the league. Marc is stoked for the Sixers Christmas game at MSG to play the Knicks. Now, there is more information coming out regarding KD to the Sixers. KD put the Celtics or the Sixers as his two wishful teams, but if he comes to Philly, then Maxey is undoubtedly gone.

Then, BlueChew sponsors the chat check on Social Media, answering all the fans’ comments and concerns about Philly sports. Farzy stresses how Keith Hernandez’s comments about the Phillies were ludicrous. The fans and Marc agree that Games 1 & 2 felt like playoff baseball.

Finally, on the Morning Rush by Sky Motor Cars, the Phillies look to start a three-game set with the Cincinnati Reds in Cincy. Noah Syndergaard gets the start for the Phils against Mike Minor. Hopefully, the Phightins get a sweep of wins and build back the confidence. Also, Andrew Painter and Mick Abel were promoted to Double-A Reading. It will be nice to see them in the starting rotation soon.

Link for the Episode